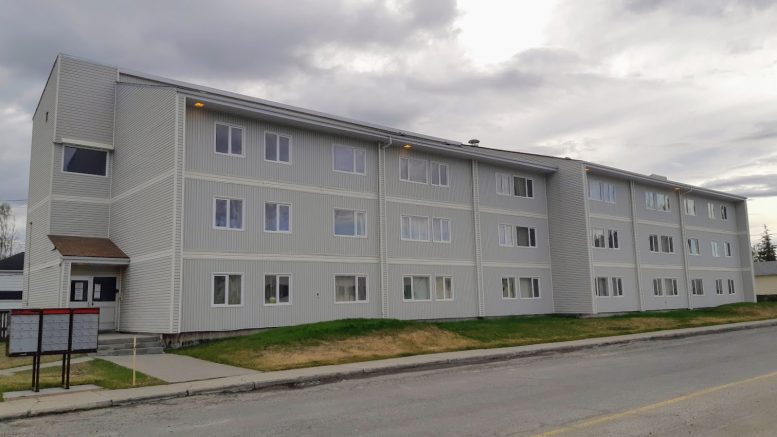 The Northwest Territories Health and Social Services Authority (NTHSSA) has withdrawn its application to offer homeless services at Aspen Apartments in Yellowknife.

This comes after miscommunication between the territorial government and City of Yellowknife that quickly shut down meal and shower services at the apartment complex earlier this month.

On June 1, the city granted a temporary use permit for the space. NTHSSA staff believed they could begin offering services immediately, however, there is a mandatory 14-day waiting period for residents to appeal the city’s decision.

NTHSSA stopped services on June 8, prior to a resident filing an appeal with the city’s Development Appeal Board.

NTHSSA withdrew its application after the appeal was filed “due to the timelines related to the appeal process, which even if ultimately approved, would have taken almost to the end of the summer,” said spokesperson Jack Miltenberger.

The appeal has also been removed as following the withdrawal of the application, there was “nothing to appeal,” said Slavica Jovic, the city’s deputy clerk.

NTHSSA initially applied for a temporary use permit for Aspen Apartments to fill the gap left by reduced capacity at the day shelter/sobering centre due to COVID-19 restrictions.

Asked if NTHSSA was looking at alternative locations, Miltenberger said the organization was “examining other options” but had no details to share.

“Once we get to the easing of indoor gatherings – outlined in emerging wisely – capacity at the day and sobering centre may increase to serve more clients,” they said.

The Emerging Wisely plan estimates indoor restrictions to be eased in early July, after the end of the school year. (As a side note, the mandatory masking order is expected to be removed on June 28, also after the school year.)

Regardless of the time frame for the day shelter/sobering centre to return to full capacity, the pandemic has shown the need for increased homelessness services in Yellowknife.

The GNWT and city scrambled last fall to find temporary shelter for Yellowknife’s homeless population; ultimately the city declared a state of emergency to cut through administrative red tape in time to get people out of the cold.

Miltenberger said there are plans to build a new shelter in Yellowknife. They said the territorial government is working with staff and clients to see what programs should be included in the new facility.

“This also includes ensuring that the development is respectful of cultural safety and incorporates Indigenous culture into the design with a community hall space enabling traditional healing practices,” they said.

The new building is expected by spring 2024.