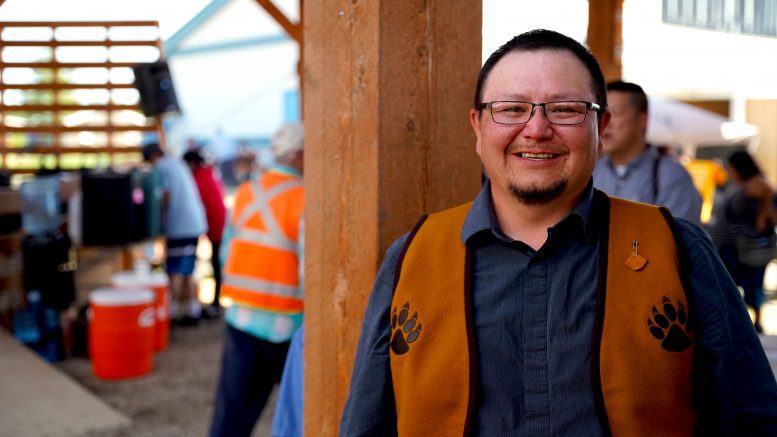 Kenneth Cayen is officially the new Grand Chief for the Dehcho First Nations.

“I’m just proud of myself because I wanted to show the youth and my children that anything is possible. And if you put your mind to it, you can achieve it,” he said.

During the 28th Dehcho Annual Assembly, and after lengthy deliberation, the Elections Committee chose Cayen, over two other candidates: Herb Norwegian and Tim Lennie.

Cayen was the only candidate to fill out the entirety of his application. 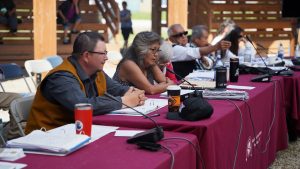 He says one of the reasons he applied was because of the conversations he shared with the other candidates.

Cayen says he noticed his community going down the wrong path  – ” So I thought I will put my name forward and hopefully I can be the one to bridge the communities.”

“I’m going to work hard. And I’m going to make as much transparency as I can. Because there are no secrets here,” he says.

MP Michael McLeod says although he is excited for the new grand chief, he’s disappointed by the way the assembly was organized.

“We went through a little bit of a difficult time to make a choice here today,” he says.

McLeod says the assemblies process is disappointing, running for chief “is not a clear-cut process.”

“Many times the process hasn’t been followed, exactly, and it causes confusion. And some of the candidates have probably some very valid concerns. Not everybody gets treated equally, and that shouldn’t happen,” he adds.

The Dehcho Elections Committee ultimately made the final decision for the position of Grand Chief.

The committee is composed of four members and is chosen by leadership in the Spring.

“It’s exciting, but at the same time, there’s a level of disappointment because not everything went smoothly as it should, ” says McLeod.

Cayen succeeds Gladys Norwegian, who announced earlier this month she would not be running for re-election.

“I’ve heard since my three years that we need to re-group. I don’t think we’ve done that,” she said.

“I know that it’s a long and complex road ahead. And I think that if we are to make any progress, we really, truly need to be together.”

Norwegian is hopeful that Cayen will fulfill his role over the next three years.

Cayen will be working closely with Chief Norweigian over the course of the next month as he transitions into his new role.

The assembly wraps up on June 25.

Correction: CKLB had previously reported that Gerry Antoine was one of the running candidates. Herb Norweigian was in fact the other candidate.