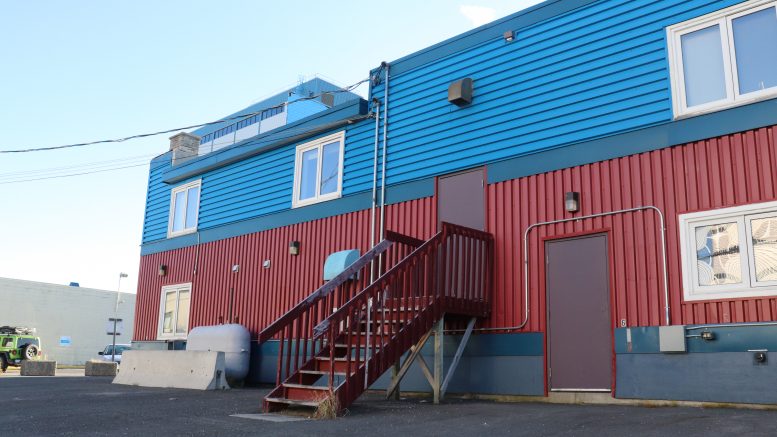 The former SideDoor Youth Resource Centre located on 50th Street will be turned into a temporary day shelter. (Photo by Luke Carroll)

The former SideDoor building in downtown Yellowknife will become a temporary day shelter after a local state of emergency was declared.

The temporary shelter is needed for the winter months as COVID-19 restrictions limit the amount of people able to use the other day shelter and sobering centre.

At a press conference on Friday, Paulie Chinna, minister of Municipal and Community Affairs, announced she is using the Emergency Act to bypass restrictions and select the unused building as the location of the future shelter.

The state of emergency is scheduled to last from Nov. 6 to Nov. 19.

Julie Green, the minister of Health and Social Services, said the city requested the Government of the Northwest Territories (GNWT) use the Emergency Act. She said all of cabinet supported this decision.

“While there are many issues that keep me awake at night, this issue of how to keep the vulnerable population safe from winter has been top of mind,” Green said.

Over 25 locations were identified as possibilities for the temporary day shelter by the GNWT, but all were rejected for various reasons.

The former SideDoor building, at 50th Street and 49th Avenue, was one of the locations rejected by city council earlier in the fall.

Numerous business owners in the area opposed the proposal and brought their complaints to city councillors.

At the press conference, Mayor Rebecca Alty said the GNWT “has come forward with more mitigating measures” for these concerns. She added, the situation has become dire.

“We all realize it’s cold,” she said, “this is needed and this is a solution that can be put in place immediately.”

Under city bylaws the location is not allowed to be considered by council again for six months. The GNWT’s state of emergency bypasses these restrictions.

This means alternate options to secure a temporary day shelter are no longer being considered — including the federal Public Works warehouse on 44th St. at Franklin Ave. 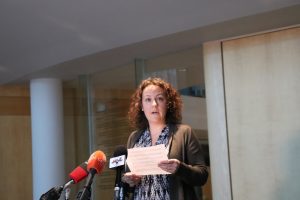 This location was criticized because of its proximity to École St. Patrick High School and Weledeh Catholic School.

Another option the city was considering was constructing a temporary shelter and intended to use federal funding for this project.

Now that the SideDoor location has been selected, the money will be used elsewhere, Alty explained.

“That’s another benefit of this is that we can now use the full amount to address those long-term issues,” she said.

Sara Chorostkowski, director of mental health wellness with the GNWT, said the building needs very few renovations and should be operational “in a few days.”

At a city council meeting on Monday, Alty suggested the idea of the chief public health officer using her authority under the Public Health Act to bypass zoning restrictions and open the day shelter.

However, Dr. Kami Kandola, the chief public health officer, ruled out that option in a press conference earlier this week.

Nick Sowsun is an organizer behind the Facebook group Concerned Yellowknife Residents for a Day Shelter Downtown.

He said he was happy the former SideDoor building will be used as it was identified as the most ideal spot for the day shelter.