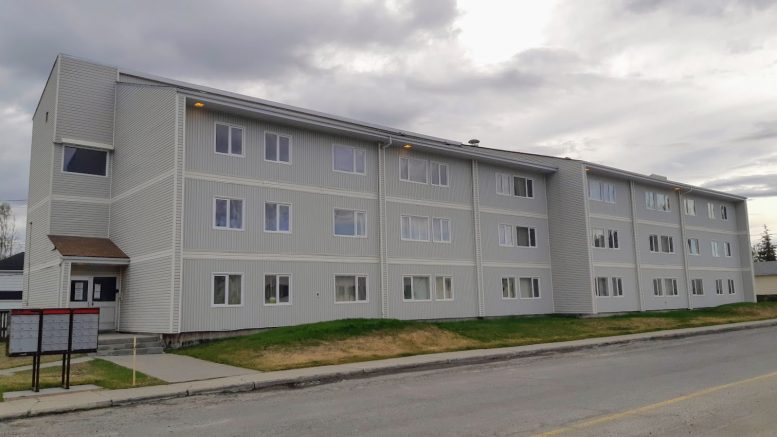 People facing homelessness will need to look elsewhere than Aspen Apartments for a meal and hot shower. 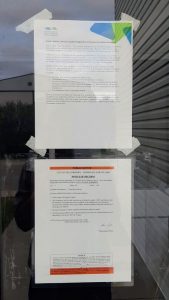 Two notices posted to the doors of Aspen Apartments. The bottom is notice of the temporary use permit, which shows is only active on June 16. The top is a notice by NTHSSA that shows it started services on June 1. (CKLB)

Due to the COVID-19 pandemic, the NWT Disabilities Council’s Day Shelter/Sobering Centre has been at reduced capacity; the NWT government set up the services at Aspen to try and cover the gap.

But Cabin Radio previously reported the Department of Health and Social Services (HSS) started to provide the services earlier than it was supposed to. According to the article, the City of Yellowknife approved a temporary use permit on June 1 and residents have 14 days to review and appeal the decision.

And now a resident has done exactly that: filed an appeal with the city’s Development Appeal Board.

Umesh Sutendra, a spokesperson with HSS, said the Northwest Territories Health and Social Services Authority (NTHSSA) worked with the city to collaborate on the permit application.

“The service at Aspen was stood up in good faith on the understanding that all approvals had been received and with full awareness of the City and other partners. Once NTHSSA was made aware that the 2 week waiting period is required by City bylaw, they had no choice but to step back from the service in respect of the bylaw,” which happened on June 8, said Sutendra.

The NWT government’s notice does not say when the appeal came in, but Sutendra confirmed NTHSSA stopped the services prior to it being filed.

CKLB has asked the city who filed the appeal, when and for what reason. We will update when we receive a response.

According to the city’s development appeal’s process, a hearing must take place within 30 days of the board receiving the appeal, then the board has 60 days to make a decision. It’s not known when the hearing will happen.

Correction: A previous version of this story said the services stopped after the Development Appeal Board received an appeal. CKLB has since learned they stopped before the appeal was filed. CKLB regrets the error. A previous headline read “Dispute between city and GNWT stops homeless services at Aspen Apartments.” CKLB has decided to amend the headline to better reflect the situation as more information came to light.