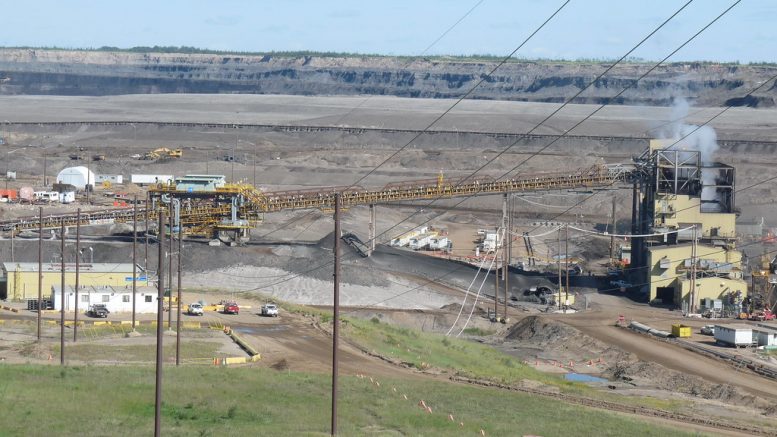 Mildred Lake Mine in Alberta. (licensed under CC BY-NC-SA 2.0

Dene National Chief Norman Yakeleya is calling on northern and federal leaders to enforce Alberta to reinstate environmental monitoring of the oil sands.

The Alberta Environment and Parks department suspended certain monitoring practices with the oil sands as a result of the COVID-19 pandemic.

Yakeleya says the Mackenzie River, which flows north, could bring contamination from the Fort McMurray oil sands into Dene lands including Great Slave Lake and the Arctic Ocean.

“They are bypassing that, they don’t want to deal with the Indigenous government and the government of the NWT,” Yakeleya says.

Kevin O’Reilly, MLA for Frame Lake, brought the subject up in the Legislative Assembly last week. He questioned Shane Thompson, minister of Environment and Natural Resources, on whether or not Alberta’s actions go against the agreement.

Thompson responded by saying it hasn’t, and that the GNWT and the Alberta government will continue to hold discussions on the subject.

O’Reilly also asked what kind of provisions the NWT was taking to protect its water as a result of the suspended monitoring.

Thompson responded by saying the territory is testing the water from Slave River twice a week from the Fort Smith water treatment facility.

Kavi Bal, spokesperson for Alberta’s minister of energy, said in an email the current exemptions are only temporary and work is being done to determine when to lift them.

“During the COVID-19 pandemic, short term, low risk monitoring relief has been put into effect based on public health guidelines,” he said. “These are select monitoring activities and temporary suspensions that are low risk to the environment.”

He added companies are still required to report emergencies that have the potential to impact public safety or the environment.

Yakeleya says he calls on northern leaders, the GNWT and the federal government to look into the issue and develop a strategy.

“It’s a threat right now, the threat is real by the aggressive oil and gas developing in Alberta,” he says. “Life is more important than the almighty dollar.”

Yakeleya says he hasn’t spoken to the Alberta government yet, but is planning to reach out.

The Alberta Energy Regulator website said in an update on June 16 the temporary suspensions will continue until further notice.

‘We want to get the work done’: Colville Lake asks GNWT to leave self-government negotiations