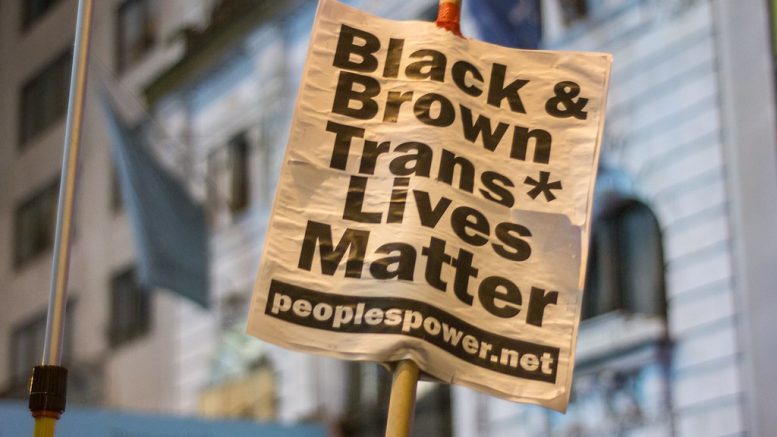 An anti-racism Black Lives Matter solidarity motorcade will be held in Yellowknife this afternoon, starting at the multiplex.

The event, organized by PSAC North, will be in the form of a motorcade due to COVID-19 restrictions.

The event is part of a global anti-racism movement sparked by the recent death of George Floyd. Floyd, an unarmed Black man, died in police custody after a video captured a white police officer with his knee on the back of his neck for nearly nine minutes.

Floyd’s funeral is being held today in Houston.

Anti-racism protests sprung up across the U.S. in the aftermath of Floyd’s death as well as the death of several other unarmed Black people at the hands of the police. The protests have spread into several other countries, including Canada.

Inemesit Graham, one of the speakers at the motorcade, said the issue of racism is just as relevant in Canada as it is in the U.S.

“Racism does happen in this community, I mean I have experienced it myself, I’ve heard about the experiences of others,” she said. “A significant event has happened and is happening in the world and it is important that we recognized it at a local level.”

Graham said the issues of everyday racism Indigenous people and people of colour face is exhausting and she hopes the movement will attract more allies to speak up against it.

The protests have sparked a conversation around policing, specifically around the subject of defunding police forces and using the money for other social services.

Graham, who isn’t an official organizer, said she hopes the police do attend the event, so they can learn about the systemic issues.

“I think that is the point of it,” she said.

Michael McLeod, MP for the NWT, said in an email people have had enough of the systemic racism within policing.

“Across Canada and around the world, people are coming together to stand up and speak out against the systemic racism in the policing of Black and Indigenous peoples,” he said. “We are passed the point where our police services need to be put under a microscope in these disturbing instances, including the latest stories involving Indigenous peoples and communities in Nunavut, Alberta, New Brunswick, and here in the Northwest Territories.”

McLeod specifically addressed the recent incident with an RCMP officer, Randy McKay, who pled guilty to sexual assault being stationed in Fort Good Hope. An outcry by the community led to McKay being ‘afforded leave’ by the RCMP.

McLeod said he has raised the incident with the minister of Public Safety and added the RCMP must rebuild its trust within the community.

“We have a unique population here in the NWT with the highest numbers of residential school survivors in our population who need to be helped and supported,” he said. “We need the RCMP to send us their best.”

The motorcade will begin at 2 p.m. at the multiplex, the vehicles will then drive to the courthouse and city hall before returning to the multiplex.

Those who do not own vehicles are invited to create Black Lives Matter signs and hold them along the route — social distancing rules remain in place.

Around 4 p.m. speeches will be live streamed.

On Facebook, approximately 400 people have expressed interest in attending the event.

Fort Smith hosted its own anti-racism demonstration this past Saturday.