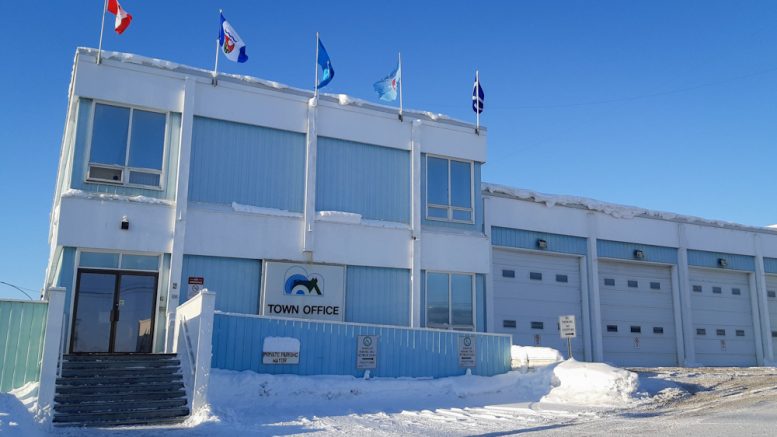 The Inuvik Fire Department responded to reports of a structural fire on Kugmalit Road at 19:53 on Saturday, June 6, 2020.

RCMP evacuated citizens in the neighboring area to protect from the heavy amounts of debris and smoke.

“The Town of Inuvik will work with contractors to safely remove the remaining debris,” Cynthia Hammond, director of Protective Services/Fire Chief said in a press release.

“Low levels of asbestos have been found and we are currently monitoring the exposure levels to the community,” Grant Hood, administrative officer for the Town of Inuvik stated.

The structural integrity of the building was compromised and there was a significant potential for collapse.

“The cleanup effort is currently on pause as we do some much-needed water sampling, air monitoring.  Once we get the go-ahead from the GNWT Environment of Natural Resources we should have this cleaned up in a few days,” said Grant Hood.

The cause of the fire is still unknown and being investigated by RCMP Inuvik Detachment.

The playground on the corner of Kugmalit and Raven will be closed temporarily to prevent children from playing in the area.

CKLB radio has reached out to Shane Thompson, Minister of the Environment of Natural Resources for a comment.

Wildfire outside Norman Wells believed to be human caused


The fire is now under control