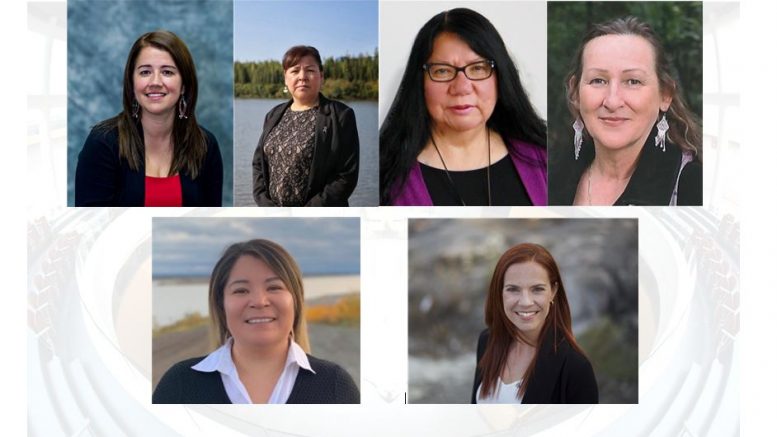 A record-setting 9 women will be part of the 19th Legislative Assembly, according to unofficial results from Elections NWT.

“We don’t want to be given our seats, we will earn them, we are not token women.”

Joining Semmler are Diane Thom in Inuvik Boot Lake, former chief Frieda Martselos in Thebacha, Caitlin Cleveland in Kam Lake, Caroline Wawzonek in Yelloknife South, Katrina Nockleby in Great Slave. Down in Thebacha, it was a close race between two women as the front runners, but former Chief Frieda Martselos pulled ahead of Denise Yuhas to take the seat. Julie Green is one of the few incumbents re-elected last night in Yellowknife Centre. And for the first time a woman has been elected in the Sahtu: Paulie Chinna was given the good news last night in Norman Wells. Caroline Cochrane will now have a shot at the premier seat as she was also re-elected in Range Lake. 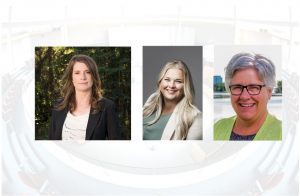 Another big moment happened last night in Hay River, where for the first time it will be a father and son duo representing the town, taking both seats. R.J. Simpson was acclaimed in the North, while his father Rocky Simpson unseated former Industry, Tourism and Investment Minister Wally Schumann.

Over to Fort Resolution, Steve Norn got the good news over the phone that he will be the next MLA for Tu Nedeh-Wiilideh.

“My adrenaline and emotions are so overwhelming right now. I’m so thankful for all the support,” Norn told CKLB listeners on election night. And way up up up in Tuktoyaktuk, former Speaker Jackie Jacobson will be hanging up his ranger hat and be coming back to Yellowknife to represent Nunakput.

The last polls to come in last night were in the riding of Nahendeh. Long time sports and recreation coordinator Shane Thompson was given a second term. His closest competitor was Mike Drake. This was one of the few ridings were there was no female candidate.

“People really stressed they wanted a full-time MLA, and were feeling underrepresented, I hope I can change that,” Bonnetrouge told CKLB Wednesday morning. 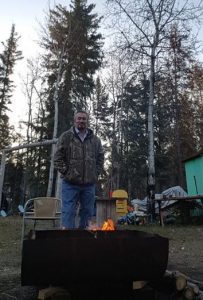 The closest race of the evening was in Yellowknife North, where Rylund Johnson eked by Cory Vanthuyne by five votes.

With a margin of less than two per cent of the total votes cast, there will be recounts in Yellowknife North and Frame Lake where incumbent Kevin O’Reilly won over Dave Ramsay. However, Ramsay said on Facebook that he is “not convinced” by the results.

CKLB election night co-host Dene National Chief Norman Yakeleya says it was an exciting election, and he hopes to re-build relations with the GNWT, after he said “There was none last time with Premier McLeod.”


Local filmmakers will have their films screened at the event on Monday.

New homes for Dehcho flood victims not coming until 2022