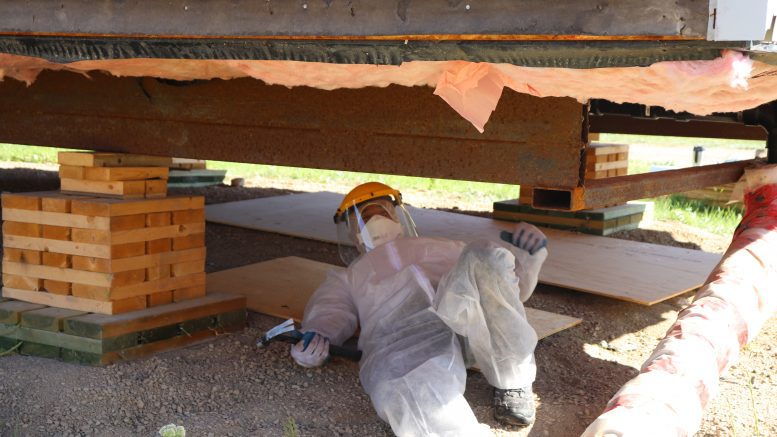 Residents of TthedzehK’edeli (Jean Marie River) First Nation will hopefully be able to return to the community by the end of July.

However, they will likely have to wait until the fall before their homes are fully repaired.

The community is in the process of establishing temporary housing for up to 40 people who have been displaced. 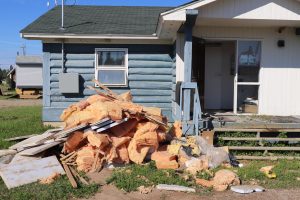 Chief Stanley Sanguez spoke with CKLB while he was in Fort Simpson for Treaty 11 commemorations.

“There’s crying… And disappointment in what’s happened to us,” he said of the displaced residents.

Rufus Sanguez, a resident of Jean Marie River, was also in Fort Simpson during Treaty 11 commemorations.

“We were staying in [Fort] Providence for awhile, but we got tired,” he said.

Rufus returned to the community after the flooding and found two feet of water in his home. He says he worked from 6 p.m. until 3 a.m. removing the damaged parts.

CKLB was in Jean Marie River First Nation on Monday.

Progress is being made on the homes, but the damage caused by flooding is evident. Workers have been removing insulation the damaged floors and drywall.

And the question of how to prevent this from happening again still remains.

“So we may have to end up raising the houses and, and put them back on it stilts,” Chief Sanguez said.

Five houses were fully destroyed as a result of the flooding. 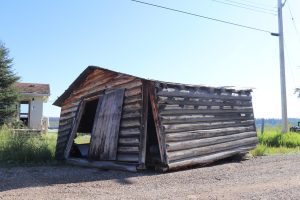 The destruction caused by flooding was evident in the community, even two months later. (Photo by Luke Carroll/ CKLB.)

“We’re asking [the department of] housing to see if we could salvage and put those houses back on new pads. We don’t have the time and the effort and the… money to build new,” Chief Sanguez said.

“The water was rising up pretty fast,” he said. “We had to get out of the community because we don’t want our road to get washed out.”

Chief Sanguez says he hopes to speak with federal cabinet ministers to see about acquiring additional support and funds for the community.

Michael McLeod, NWT MP, said on Friday he has not spoken with Chief Sanguez yet about setting up a meeting with the federal government.