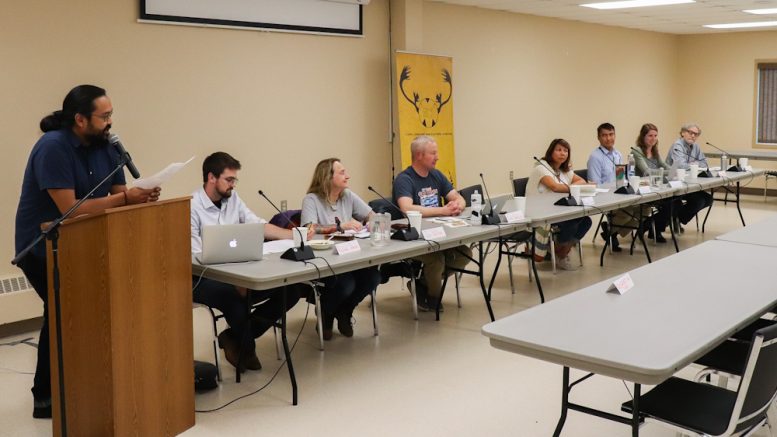 Those are the themes at Dene Nahjo’s election forum that kicked off on Sunday evening.

The forum was more than two hours long, here are some highlights.

GNWT at the negotiation table

Land claims and self-government quickly became a topic of discussion when moderator Dëneze Nakehk’o asked candidates if they believed the Government of the Northwest Territories should be at the table during negotiations.

All three candidates in Yellowknife North said that the GNWT should be part of the negotiations, but they all agreed that it needs to change its approach with greater focus on working with their Indigenous counterparts.

Erasmus and Norn differed in their opinions. Erasmus said that yes, the GNWT should be present and needs to realize that once a self-government agreement is signed that “it’s a marriage, not a divorce,” meaning that the partnership between both governments needs to continue well past signing.

Norn, on the other hand, preferred the GNWT adopt a “laissez-faire” approach and allow Indigenous groups deal more directly with the federal government.

That vision was echoed by Great Slave candidate Patrick Scott, who drew on his experience as a negotiator during the Tłı̨chǫ process. He said GNWT negotiators were bogged down with policies and mandates, and weren’t given any wiggle room to actually negotiate. He said the GNWT had to be willing to let go of power if negotiations were to be successful.

Finally, Nockleby mentioned the economic uncertainty created by outstanding land claims. Finalizing the Deh Cho and Akaitcho process would allow for more outside investment in the territory, she said. She also suggested allowing for a staggered transition of services between the GNWT and Indigenous governments to prevent operating the services under a “colonial mindset,” and gave the example of Child and Family Services.

The candidates were asked how they would support more language learning opportunities for youth.

Nockleby said she’d push for the GNWT to fund language app development. She added that she’d want to increase funding for an elder mentorship program to connect more youth directly with language speakers.

Scott focused on introducing language programs in schools and said he’d like to see all schools in the territory be tri-lingual to include the local dialect.

Johnson took a more policy-centered approach and wants to re-visit the official languages act, to make access to language “rights-based.” If that’s the case, he said, court orders can force the government to find funding for languages. He also said establishing self-government agreements would allow Indigenous governments to prioritize services in their language.

Vallilee said additional funds are definitely needed for language preservation. She’d wanted to see youth also have access to a writing component to learn the language and echoed Nockleby’s idea of a mobile app. Earlier in the forum, she said the GNWT should have a bank of translators to allow residents to speak their language when using government services.

Erasmus lamented the fact she didn’t speak the Wiilideh dialect fluently. She gave the example of signs in Deliné where English is in brackets under traditional words; that shows the language is prioritized, she said. She added that she’d want to see the GNWT help fund language learning in daycares.

Finally, Norn, who does speak his language, said he’d want to “scream it from the hilltops,” if he could. Ultimately, he said he’d like to see a digital archive of languages that could be accessed by youth. 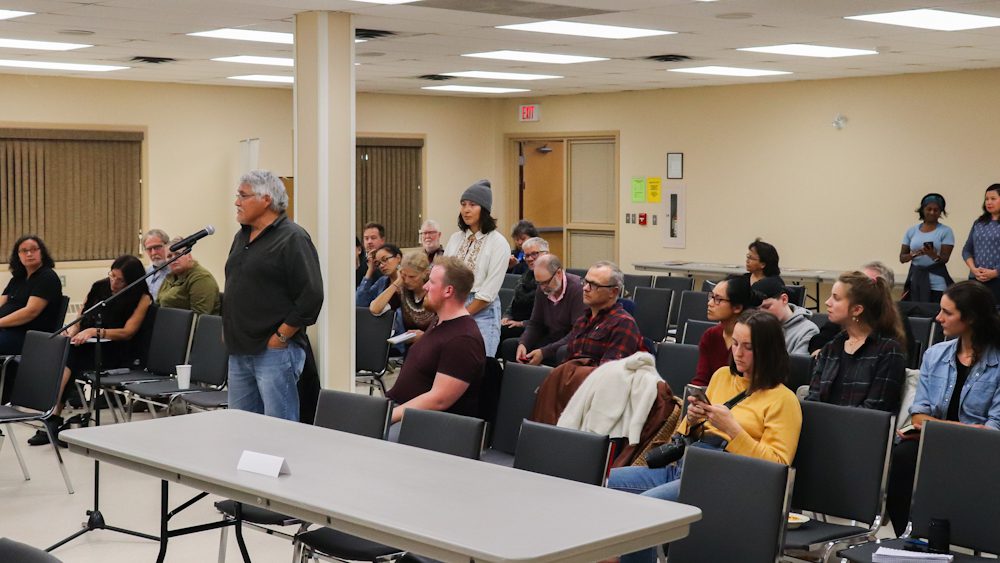 And, of course, the economy

Nakehk’o pointed out that “economic diversification” was a main buzz-term in this election and asked candidates what it means to them.

Norn kicked things off by acknowledging that the diamond mine sector is taking a downturn. He said the government should focus even more on tourism to break out of the “ebb and flow cycles” of mining. “I really believe the rest of the world should see us as a tourism destination,” said Norn. As for large infrastructure projects like the Taltson Hydro expansion and the Slave Geological Corridor project, Norn said those projects need to “maximize the benefits for everybody.”

Erasmus said the government needs to support the traditional economy better like trapping and fishing. This would allow communities to come up with their own economic diversification projects and ease reliance on the wage economy.

Nockleby said it was unrealistic that the territory would move away from mining in the next decade, and added that tourism dollars can’t compete with the high wages at the mines. She did say a parallel, more sustainable economy needs to be developed as well.

Scott said he’d diversify the economy by focusing more on the arts and developing the polytechnic university. He compared the territory to Sudbury, which went from a mining town to centred around a university. He also said there’s need to be more economic opportunities around climate change, but didn’t specify what those would be.

Johnson also said the polytechnic is crucial to diversifying the economy to take advantage of the local knowledge. He added the government needs to invest more in local programs for job creation. He pointed to the wood stove program as an example, which he said would train people to install the stoves and develop forestry around the community.

Vallilee leaned on the forestry industry as well, and said the best way to do so would be with a portable sawmill. That would also create a fire barrier around communities. She said building the Mackenzie Valley Highway would allow for more economic opportunities as well.

Finally, Vanthuyne drew on his personal experience as an entrepreneur and the need to invest in residents. “What we need to do as a government is incubate that,” he said, and added that government should work with organizations and communities themselves to offer support to small business owners. He also said that government needs to reduce the red tape to allow people with creative ideas to flourish.

The full stream of Sunday’s forum can be found below: