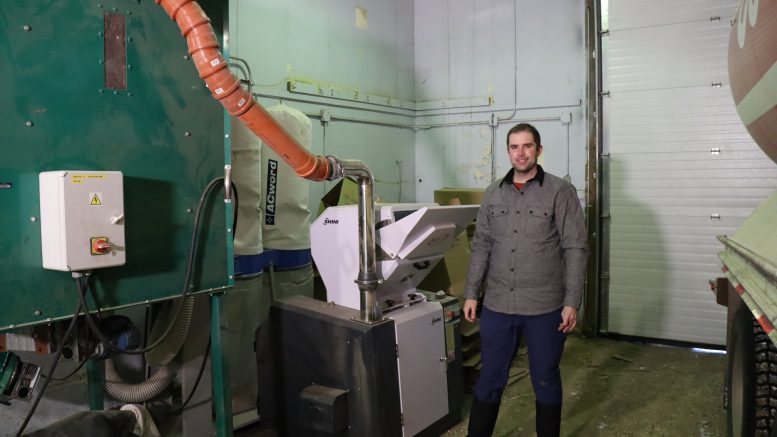 Inuvik produces more than 60 tonnes of cardboard every year and Aurora College wants to turn it into clean fuel.

This new project is “tailored” to the community, converting cardboard into heating pellets for both homes and businesses in Inuvik and the entire Beaufort Delta region, says Patrick Gall, project technician for Aurora College’s Research Division.

“We’re getting rid of waste and making fuel locally that isn’t trucked in or flown in, and using existing infrastructure,” he says.

Gall has been working on this project since 2017.

The federal government has awarded Aurora College’s Research Division and Delta Enterprises $95,000 towards this project.

This is an exciting opportunity that may lead to other types of recycling and waste to heat programs, says Micheal McLeod, member of parliament for the N.W.T.

The funding will help build infrastructure at the pellet mill, upgrading tools and equipment such as a shredder and big silos for storage.

“We’re here to perform research and to communicate research findings that help improve the living conditions for everyone in the North,” says Gall.

According to Gall, Inuvik residents will be trained on the equipment and how to contribute long-term to the mill.

Gall says this project has the potential to be used for other waste as well, an idea he hopes to explore next.

The pellet mill should be operational by the summer.