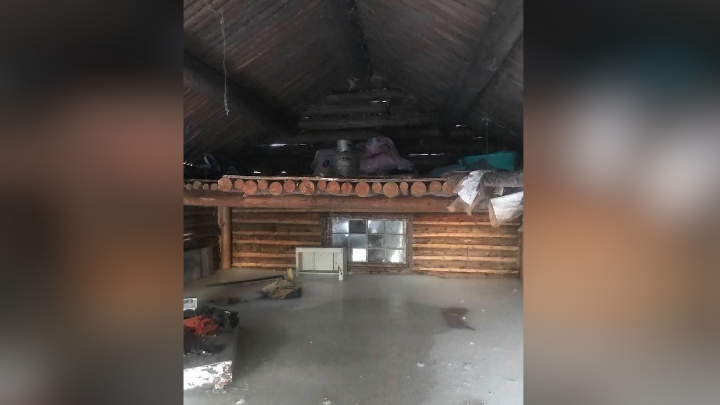 This was one of several photos shared by Arthur Beck, a trapper whose cabin was flooded. (Photo retrieved from Facebook)

Trappers whose cabins and equipment remain stuck in blocks of ice due to flooding from the Taltson River are likely eligible for up to $40,000 from the department of Environment and Natural Resources.

Shane Thompson, minister of ENR, says the department has increased the compensation amount under its Harvester Disaster Compensation program.

CKLB previously published a story where MLAs Steve Norn and Frieda Martselos were disappointed by the compensation amount. This was due to a confusing exchange in the Legislative Assembly with the minsiter where the MLAs heard trappers were eligible for $4,000, not $40,000.

Norn has since told CKLB that he’s satisfied with the increase. Now, he said he’ll be working with some tourism outfitters in the area that may not be eligible under the program to also receive compensation.

Prior to the exchange in the assembly, Norn spoke about how important hunting and trapping was for generations, and that still today it bolsters some residents’ income.

But not this year.

“I want to let you know that trap season, for a lot of my constituents, is a wash. It’s done. The cost of living is much higher in our smaller communities, and any income helps pay the bills and put food at tables. I’m really concerned about this, and I want to drive this point home. How would we feel if we lost our next pay cheque? I imagine, for a lot of us, it would be an inconvenience, and many of us would go on with our daily lives. For our people in the small communities, it’s much more devastating.”

Thompson said ENR staff have visited the site and spoken to trappers but that the extent of the damage may not be known until the spring thaw.


Department says to stay calm in encountering the animal.

NWT helping Alberta with wildfires in northern part of province