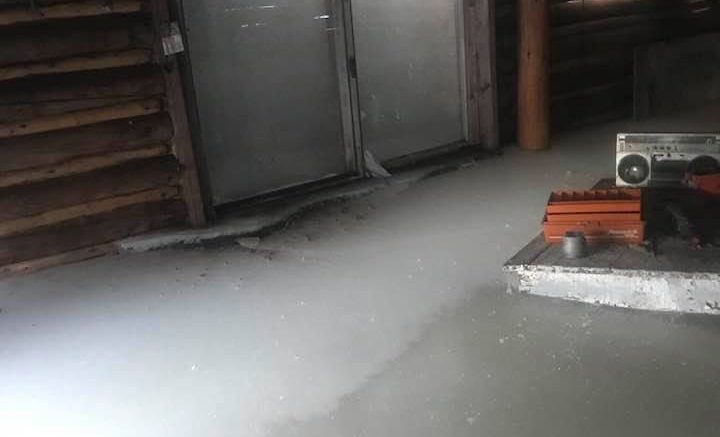 Trapping cabins along Talston River have ice up to the windows. Trapping equipment is frozen solid and trappers are no unable to use the cabins for the season. (Photo courtesy of Arthur Beck.)

A trapper from Fort Resolution was saddened to discover his cabin near the Taltson River had a solid floor of ice up to its windows.

Arthur Beck, a long time hunter and trapper, says upon discovering the state of his cabin, he measured the water level to be about 12 feet higher than normal.

“You can’t even get in the cabins, solid ice,” he says. “All my traps are underwater, frozen in a fish box. And I can’t get them out until springtime, so my season’s done.”

Beck says his trapping cabin wasn’t the only one flooded with ice, as several family members and other trappers in the area had their cabins rendered useless from the ice.

Beck’s nephew was the first to discover the frozen, flooded cabin after travelling to the area approximately 60 kilometers from Fort Resolution.

“He had to go home that night because there was no place to stay,” Beck explains.

Beck later traveled there to inspect the situation himself.

Along with making his cabin inhospitable, he discovered ice has damaged important equipment such as generators, power saws, radios, mattresses and propane stoves. 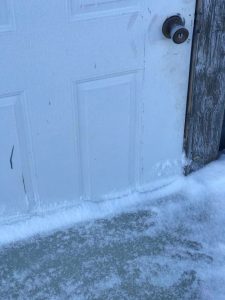 A photo of the flooding which has solid ice on trapping cabins near Taltson River. (Photo courtesy of Arthur Beck.)

Along with ruining equipment and preventing trappers from entering cabins, the situation has also killed countless animals.

“That’s where they sleep and have their babies in the ground,” he explains.

Because of the flooding, many muskrats and beavers have likely drowned.

Beck says he could only see the tops of the beaver dams showing above the ice.

“So this is a really, really sad situation,” he says.

Beck says he believes the flooding is a result of the Taltson Hydro Dam run by the Northwest Territories Power Corporation (NTPC), discharging water later in the year than usual.

Doug Prendergast, a spokesperson for the NTPC, says this was not the case and that the flooding was caused by higher than normal water levels.

“High-water levels in the Taltson River are the result of natural river flow and not a result of NTPC’s operations,” he writes. “In December 2020, Taltson River water flows were higher than has been recorded in more than 50 years.”

Prendergast says there were no planned or unplanned water releases from the Taltson facility that would have resulted in higher downstream water levels.

After first publishing this article, a spokesperson from the department of Environment and Natural Resources (ENR) explains the situation is caused by unprecedented water levels.

“Hunting and trapping are of the utmost importance to the livelihood of many residents in the region and ENR is committed to gathering further information about the flooding and high water conditions,” ENR writes.

ENR adds staff will be traveling to Fort Resolution and the Taltson River to collect data and speak with local trappers and land users. 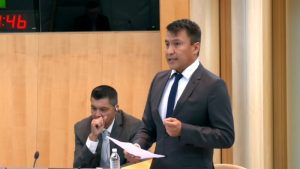 In need of support

When first contacted by CKLB, ENR referred all questions about compensation back to NTPC.

Prendergast wrote that compensation will not be provided by NTPC for losses “associated with naturally occurring high water levels downstream of the Taltson facility.”

But adds assistance may be available through ENR’s Harvesters Disaster Compensation program.

Beck says the trappers who had cabins in the area will need support from the territorial government.

Jay Boast, a spokesperson for the department of Municipal and Community Affairs, says in an email he is not aware of any funding “from MACA that applies to these circumstances.”

However, he adds NWT Housing Corporation’s Securing Assistance for Emergencies (SAFE) program is a possibility. 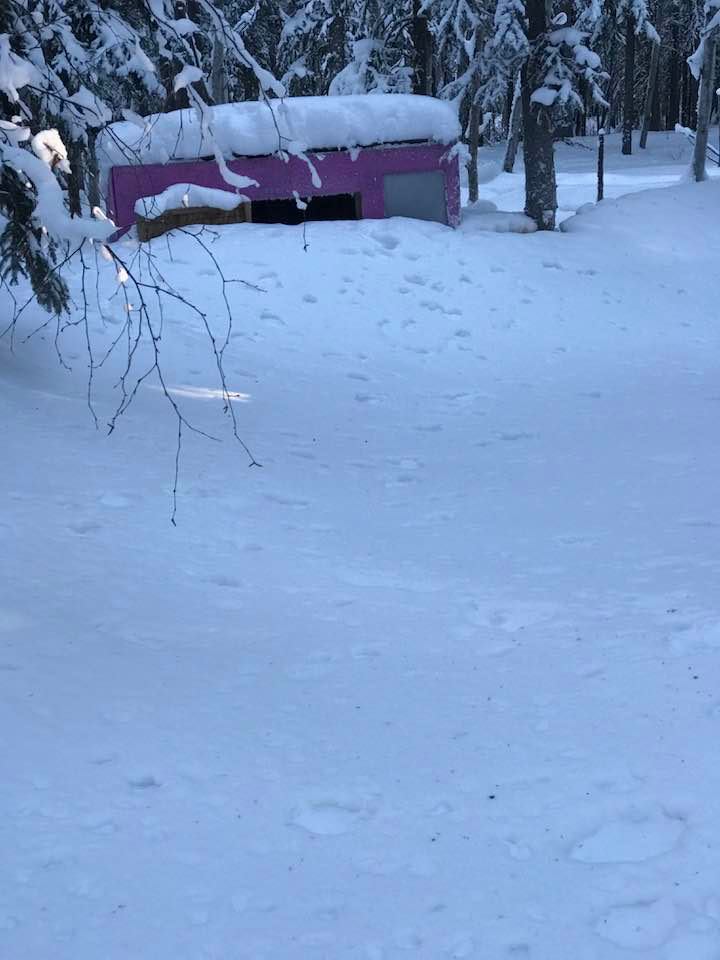 Arthur Beck says the cabins are unusable for the winter. (Phot courtesy of Arthur Beck.)

Steve Norn, the MLA for Tu Nedhé-Wiilideh, says he feels for all the trappers affected by the flooding.

“My heart goes out to them,” he says. “That loss, it affects the hunters and trappers emotionally.”

Norn says he is waiting to speak with Elders from the area and has reached out to Diane Archie, minister of Infrastructure.

Norn say his biggest concern is to see if the trappers and hunters can be reimbursed for the damages.

However, Archie says in an email that will not be happening with her department.

“Because this is a naturally occurring event, there is no action planned from the Department of Infrastructure and/or NTPC on this matter at this time,” she told CKLB.

Norn says he will “definitely” bring the subject to the floor of the house when the sitting of the legislative assembly returns in February.

But no matter what happens next, Beck says the incident won’t hold him back for long.

“I live in Res but I’ve hunted and trapped and fished on Taltson all my life,” he says with emphasis. “This little ice is not going to stop me. I’m going to hunt and trap and fish if there’s anything left to hunt, and fish.”

This article has been updated with additional information from ENR.