Katrina Nokleby didn’t need to speak a word to defend her role as Industry, Tourism and Investment, and Infrastructure minister.

Steve Norn is the chair of the accountability and oversight committee.

During Friday’s sitting of the Legislative Assembly, he said he was withdrawing a motion he announced earlier in the week that would have seen MLAs debate Nokleby’s cabinet seat.

The accountability and oversight committee is made up of all regular MLAs.

According to Norn, the majority of committee members felt like Nokleby’s performance was worth debating. Two days later, that apparently changed following “dialogue” with cabinet.

Norn was asked what prompted the motion in the first place. He said he and his colleagues didn’t take the decision lightly and each had their own “various reasons”.

Following the announcement, several MLAs were heard saying they wanted to “get back to work” and that they were happy the situation was over. Exactly who supported the motion in the first place remains unclear.

CKLB pressed Norn to explain what new information came out in the past two days that prompted the change.

He said they wanted to get “some assurances” from Premier Caroline Cochrane and the rest of cabinet.

Asked what those assurances were, he deflected the question to the premier, who said she wouldn’t go into the details. Cochrane said the government is still new and blamed technology for a lack of communication between regular MLAs and cabinet.

“I think in fairness that was our biggest issue,” she said. A minister nearly lost their job because MLAs didn’t like communicating remotely.

Cochrane said the role of regular MLAs is both to keep the government in check, but also said the decision to not have the debate was “empowering.”

Asked what changes she would make to prevent a similar situation from happening, she said the government is working on better communication.

Both the premier and Norn said there was “no big story” behind the decision.

With that being the case, CKLB asked him if he brought the motion too soon.

“We deliberated, took this seriously,” he said. “As we met with the group afterwards, we were very happy with what was said in the committee room and we came out with a resolution.”

During the news conference, Norn made a striking statement about MLA operations: “I want people to know too, we do the best we can to get things done in committee rooms and behind closed doors and to not go take that to the floor.”

This begs the question of what goes on behind those doors that the public never sees.

The audio from the press conference can be found here:

Earlier this week, Yellowknife Centre MLA Julie Green issued the latest criticism, on behalf of the business community, on how the territorial government has responded to COVID-19.

“To put it bluntly, the GNWT has been less than helpful in this situation,” she said. 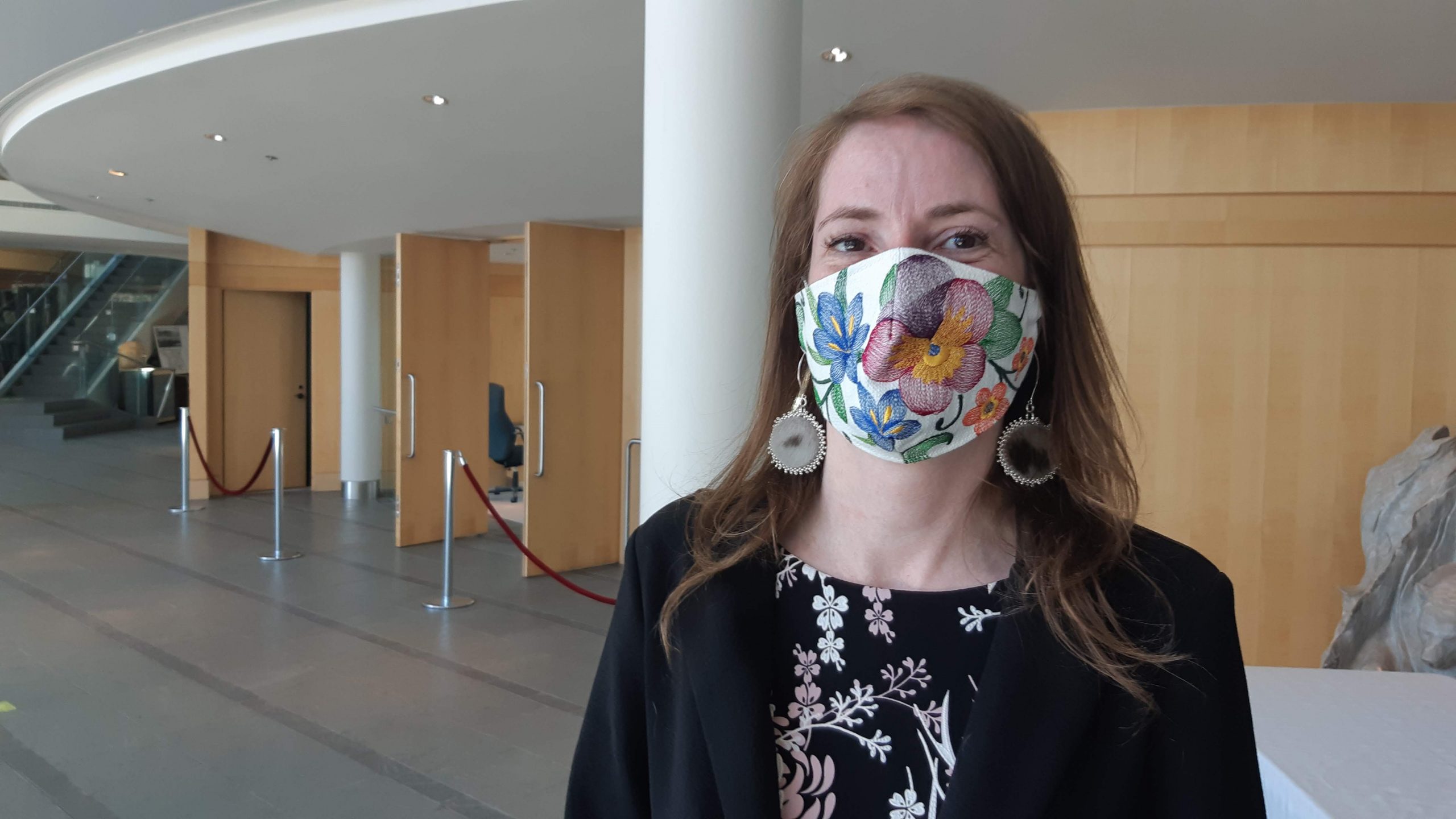 Minister Katrina Nokleby declined to comment on the decision to withdraw a motion that may have led to her removal from cabinet. (Francis Tessier-Burns/CKLB.)

Under Nokleby’s direction, the NWT Business Development and Investment Corporation (BDIC) has provided low-interest loans instead of grants to local businesses. Nokleby has defended the decision saying the requirements for loans are not as strict as grants, allowing more businesses to access money more quickly.

Green pointed out that BDIC has a $30 million surplus.

“Small businesses told me very clearly that they need grants, that in a situation where they are closed for good or their revenue has gone down by 90 percent, they are not interested in taking on more debt,” she said.

Nokleby also came under fire this week for comments about the as-yet-established business committee that would inform the territorial government during its COVID-19 economic recovery.

Nokleby first announced the establishment of the committee in late March; two months later it’s still unclear who will sit on the committee and whether that will be made public.

Responding to questions from Kam Lake MLA Caitlin Cleveland earlier this week, Nokleby said she wants to speak with the members of the council to determine what information will be made public, rather than make it public by default.

The following day, Green referred to this answer and pressed the minister further on what information will be public.

“I am open to sharing that and posting that publicly,” said Nokleby. “However, I will have that discussion with the council, and we will move forward as the council sees fit.” The minister has effectively left the power in the hands of the businesses.

The first meeting with the council, according to Nokleby, will be by the end of next week.

Prior to Norn’s announcement on Friday, Yellowknife North MLA Rylund Johnson was the sole regular MLA to show his hand. During a constituency meeting Thursday evening, Johnson said he would not be supporting the motion.

Following the announcement, Kam Lake MLA Caitlin Cleveland released a video of the statement she would have made had the debate happened. She said the motion was “thankfully withdrawn” and that she would have voted against it.

Assuming cabinet would have all voted together, only one more regular MLA would have been needed to defeat the motion and allow Nokleby to keep her cabinet seat.