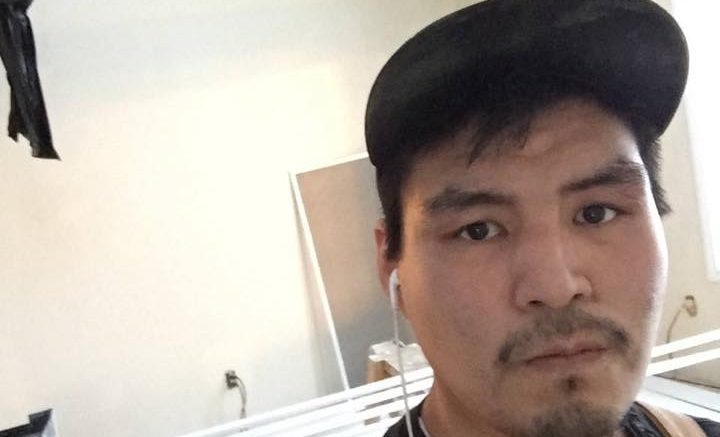 Myrine Kakfwi grew up in Fort Good Hope. He was diagnosed with COVID-19 in December and was in the ICU for several weeks. (Photo courtesy of Dolly Pierrot)

Dolly Pierrot says she was overwhelmed with emotion upon hearing the sound of her sons voice after weeks of him being hooked up to a ventilator.

Myrine Kakfwi, a 30-year-old man from Fort Good Hope and Pierrot son, was diagnosed with COVID-19 in early December.

Since January he has been in the Intensive Care Unit (ICU) of an Edmonton hospital, hooked up to a ventilator. About a week ago his situation took a turn for the best.

“By Wednesday, last week, he was doing most of the breathing,” Pierrot says. “It just seemed like over the next few days, everything was just healing up and just he’s just recovering remarkably well.”

His father, Wayne Kakfwi, has been posting updates of his son’s condition to Facebook.

One week ago, he posted a video of his son walking down the hospital hallways, much to the relief of several community members following the situation online.

“Everyone back home was just happy and excited, tears of joy, well wishes, everyone is relieved,” Pierrot says. “They’re just so excited for him.”

During the difficult time, the family received donations, messages and care packages from Délı̨nę, Tulita, Norman Wells, Fort Good Hope, Colville Lake, Behchokǫ and other communities across the territory and across the country.

Something Pierrot says she will not forget.

“I just wanted to say I’m so grateful and so thankful for everyone,” she says. “Not once did we ever feel alone during this whole crisis.”

Kakfwi will likely remain at the hospital until March as he is still on medication and needs to regain his strength.

Pierrot says Kakfwi was moved from the ICU to the Pulmonary Diagnostics Unit, which doesn’t allow visitors.

Pierrot is returning to the NWT on Wednesday, but plans to be back in Edmonton soon to bring her son home.

Kandola says Yellowknife ‘on the brink of community spread’

‘We got this false sense of security’: Norman Wells mayor reflects on outbreak


The total number of people charged is now up to 12.

Another case of COVID-19 found connected to Fort Liard cluster