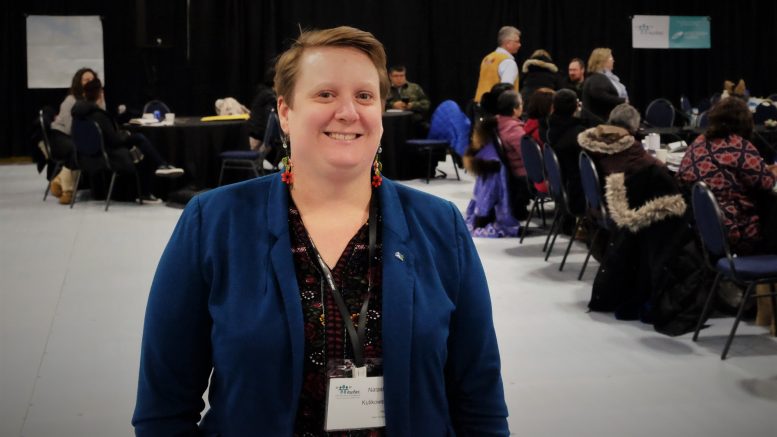 Natasha Kulikowski is the mayor of Inuvik and creator of a new online group to support sober women across the North. (CKLB file photo)

Natasha Kulikowski wants women who are on a journey to sobriety to know they’re not alone.

“Just knowing that there’s other people out there going through the same thing is very important,” she says.

That is why she launched the Facebook group Arctic Circle Sobriety last week, where sober women can connect and support one another.

In a Facebook post, she wrote “We are not AA or therapists, simply like-minded individuals who support each other to thrive in an alcohol free life.”

Kulikowski, who is the mayor of Inuvik, says the idea came from her own journey.

“So I recently celebrated one year of sobriety myself,” she says.

Over that year she says she has spent a lot of time reading and listening to podcasts.

“I recently really got into one podcast where it was also about women and supporting each other,” she says. “And I was like, ‘we could probably use something like that here.’ ”

The group already has 150 members who have begun sharing their stories.

She says the resource is for women across the North who are sober, abstaining, or in recovery. Members can use the group to share resources with one another, such as AA meetings or mediation sessions.

Kulikowski says she also hopes for it to be a way to organize social events after COVID-19.

“Eventually, I wouldn’t mind having some group sessions or even just coffee chats or whatever, where people can get together and talk,” she says.

Kulikowski says a healthy social life is an important part of sobriety.

“I think I’m really lucky in my own journey, and that I have very supportive friends, I haven’t lost out on my social life because of my choice and change of lifestyle,” she says. “But I know that a lot of people don’t have that same group support in their personal lives.”

The Facebook group is set to private to ensure the members’ posts remain confidential. But anyone interested in joining can just send a request with a message to Kulikoswki who can approve them.

One building destroyed by structure fire in Inuvik