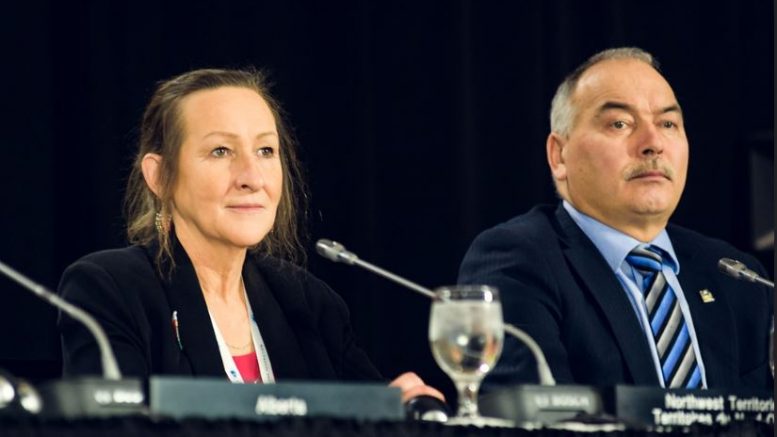 A presumptive COVID-19 case at a mining site in Nunavut will not derail the two territory travel bubble.

Mike Westwick, communications manager with the Department of Health and Social Services, says there doesn’t seem to be much risk of the virus spreading.

“With that in-mind, we don’t have any reason to believe our travel bubble with Nunavut is any less safe for NWT residents than it was yesterday,” he says in an email, adding the GNWT will continue to monitor the situation for changes.

“My thinking is that this is an isolated case and it’s on Baffinland and does not present a threat to spreading COVID-19 into the Northwest Territories,” Patterson says.

The case was discovered when a miner from outside the territory was tested twice upon entering the Mary River Mine — approximately 176 kilometres southwest of Pond Inlet.

The tests both came back positive.

In a press conference, Patterson and George Hicks, Nunavut health minister, say there is little concern as the miner had no contact with residents of Nunavut and is in isolation.

“Mary River is not accessible by the surrounding communities at the moment,” Hicks says. “There’s no need to worry about the spread of COVID-19 at this time.”

Nunavut residents have not worked at the Mary River Mine since March as result of the pandemic.

However, Patterson says the miner who tested positive, has had contact with at least 12 people since arriving.

Patterson adds, the tests are being sent to a lab in Ontario to confirm the case is positive and the results are expected by early next week.


The presumptive cases come on top of two confirmed cases at the Hope Bay Mine.

Masks to be mandatory at health facilities

NorthwesTel to extend Internet usage relief measures into May