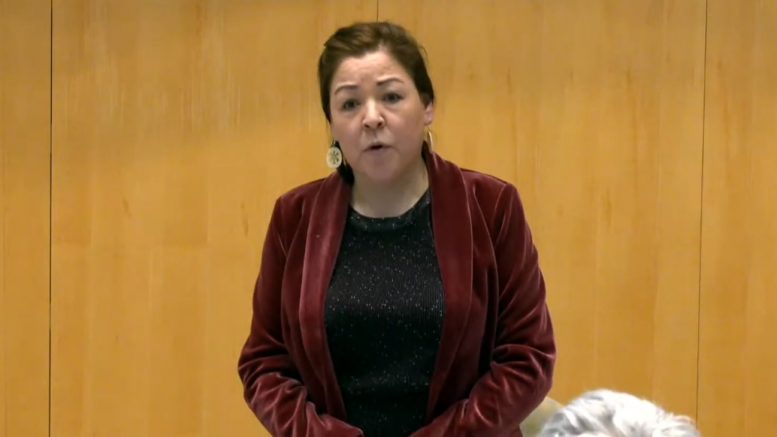 Frieda Martselos wants to take advantage of the progress fellow MLA Jackson Lafferty has made in working towards safer highways in the NWT.

Lafferty has long called for cellular coverage along Highway 3.

Caroline Wawzonek, minister of Finance, is in charge of connectivity in the NWT. She said the department is currently gathering costs for extending cell coverage along Highway 3.

“It’s my hope that, with that information, we will be able to look more broadly at other highways,” she said.

Martselos pushed to have that service extended to Highway 5 as well within the life of this government.

Following the passing of Kelly Washie, who was struck by a transport truck at the end of December, Lafferty is also now pushing to either lower speed limits along Highway 3 or for better enforcement.

“We will have to consult with the general public and the transportation industry and get their thoughts on this matter,” said Diane Archie, minister of Infrastructure. “It is a possibility that reduced speed limits could alleviate some of the tragedies and accidents along the highway. It will have to be a coordinated safety campaign that would make the highways safer. I can commit to having some of this work done and getting back to the Assembly.”

For its part, the Tłı̨chǫ Government recently hosted a meeting between leaders and representatives from several organizations including the RCMP, transport and retail companies, the mining sector and the telecommunications sector.

Participants proposed creating awareness campaigns around safe driving, improving signage along Highway 3, and opening up communications between governments and the private sector on highway safety.

The Tłı̨chǫ Government says there were “at least six fatalities” on the highway between Bechoko and Yellowknife in 2020.

New Behchokǫ̀ school coming in 2025 at the earliest

$10M to get cell coverage from Yellowknife to Behchokǫ̀: Finance minister