Hundreds of people recently took to the streets in Yellowknife in an anti-racism peaceful protest. (Francis Tessier-Burns/CKLB)

Regular MLAs are calling on Caroline Wawzonek, minister of Justice, and Chief Supt. Jamie Zettler, commanding officer of NT RCMP, to meet with Indigenous and Black leaders to discuss systemic racism in the justice system.

“This is a once in generation opportunity to discuss and change how our communities are policed and laws are enforced,” reads a news release from the Standing Committee on Accountability and Oversight, made up of all 11 regular MLAs.

Steve Norn is the committee chair and a former RCMP constable. He called for open dialogue between all levels of government, police and legal experts to “find a way through this issue of systemic racism.”

Frieda Martselos is the chair of the Standing Committee on Government Operations and former chief of Salt River First Nation.

“I have seen firsthand the mistreatment of Indigenous people and all people of colour by the RCMP, the courts, and the corrections system,” she said in a statement. Martselos went on to demand the justice department and RCMP “do things differently” and include Indigenous communities as part of that change.

Before the end of the last sitting of the Legislative Assembly, Wawzonek delivered a statement on her department’s policing priorities for the next year.

“It has become apparent that innovation and reform are necessary in these systems, and that the status quo is no longer acceptable,” she said.

CKLB spoke with Wawzonek last week to discuss these priorities prior to the committee calling on her to meet with Indigenous and Black leaders. 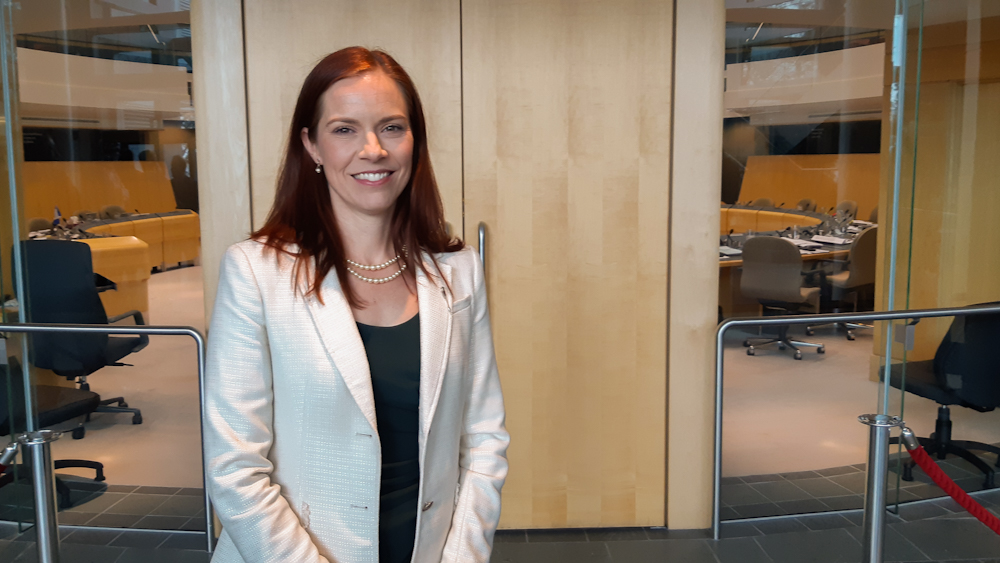 She said much of the innovation she called for in her statement would be improving community relations with both police and the justice system.

Asked how she proposes police improve their relationship with communities, the minister said continuing and increasing cultural safety training would be key. The same went for staff within her department.

“It’s not the kind of thing you can do once, it’s the kind of thing that I think you need to live and experience over time,” she said, and added that the training has to reflect the unique cultures of the NWT.

The minister made multiple references to the need to better develop community-led services and giving communities “the right tools” when encountering the justice system.

However, what that increase in social services looks like remains to be seen, whether it’s creating and funding local organizations or led by the department itself.

“That’s where I think we need to look at those best practices,” she said.

Again referring to the need to have these changes be community-led, she said the department would be “more partner-oriented.” She acknowledged that approach “doesn’t necessarily sound groundbreaking,” but added “I don’t know that it’s always been the way that justice gets dolled out.”

The minister’s policing priorities are released annually. Wawzonek acknowledged that one place the department could start making some change is measuring the progress on those priorities.

“They are visionary-type statements,” she said. “They’re difficult to evaluate but we still need to be able to measure progress on them or else we’re spinning our wheels.”

Not defunding RCMP, but re-evaluating

The idea of defunding police services has been brought to the fore with the ongoing demonstrations and peaceful protests.

In the NWT, the territorial government is spending $47 million on RCMP — about 36 per cent of the department’s total budget.

Asked if she thought some of that money should be re-routed to other social services, Wawzonek, who also doubles as the minister of Finance, said an agreement with the federal government governs how much the NWT pays for police. Part of that money goes towards overall RCMP operations, like its “Depot” training facilities in Regina.

That agreement was renewed for 20 years in 2012. At the time, a news release said the GNWT would “have influence over cost and service decisions in an ongoing and co-ordinated way throughout the life of the new contract.” 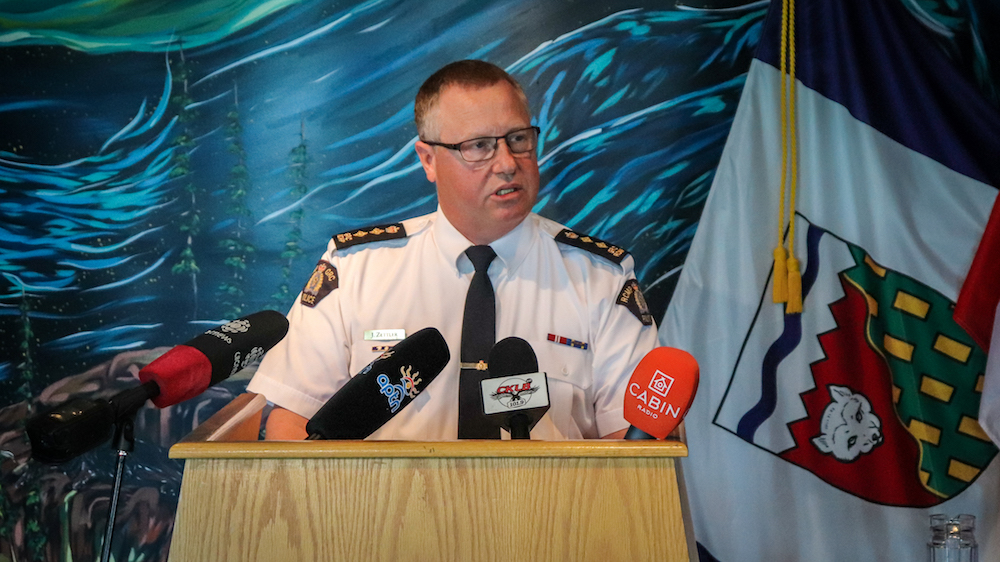 Chief Supt. Jamie Zettler is the commanding officer of RCMP ‘G’ division. He’s the head of police in the NWT. (Francis Tessier-Burns/CKLB.)

Wawzonek says her department has no control over the RCMP’s operations. Neither does the department have much oversight on how the money is spent. Rather, it can play an advocacy role if more funding is needed from the federal government. And that’s something Wawzonek says has come up with some northern communities asking for more officers or their own detachment.

According to the most recent Statistics Canada numbers from 2018, the Northwest Territories has 416 police officers per 100,000 population. In real numbers, that’s about 187 officers patrolling the NWT.

Wawzonek says the broader conversation around defunding police is an opportunity to see if public funds are going towards “providing safety, increasing safety and making the justice system more equitable and accessible.”

Asked if her department has considered creating its own police service, the minister said no one has brought up the idea. But she acknowledged there are police alternatives across the country and pointed to the Yukon. The Kwanlin Dün First Nation has created its own public safety officer program. The officers will sometimes work with official law enforcement but are meant to be a trusted first point of contact for community members in distress.

“As far as looking at those models, that is a responsibility at the department of Justice to see what alternatives we can provide beyond one form of law enforcement for one purpose,” says Wawzonek.

“These relationships are important to the RCMP and the communities we serve, and have been effective in developing and shaping programs in the area of recruitment, cultural awareness and in setting police priorities for each community,” she wrote in an email.

It is the RCMP’s responsibility to continue to develop its internal procedures to sustain and improve upon the programs mentioned above.

Additionally, she said, “It is the Commanding Officer’s hope” that MLAs “take steps, over their term, to modernize the laws and policies within the Northwest Territories that may allow the fundamental changes to occur in our institutions related to systemic racism.”

Correction: July 3, 12 p.m. A previous version of this story reported RCMP’s spokesperson Marie York-Condon said police would not be taking the lead in any internal changes. The article also said that for any policing changes to happen, it would have to come from outside RCMP. CKLB regrets the error.