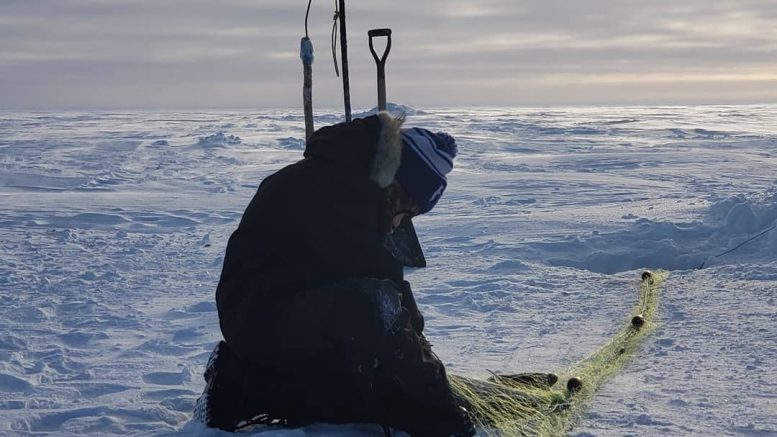 Shawn Buckley has been a commercial fisher all his life. (Photo courtesy of Shawn Buckley)

It’s been 15 years since the winter fishery in Hay River has been open.

Since then, fishermen on the Great Slave Lake have had to get creative and come up with other ways, to support their families in the winter.

Now, the territorial government says fishermen will be able to sell their fish to Winnipeg again, but it might not be enough to keep the winter fishery open for long.

Shawn Buckley has been a commercial fisher in the North for over 40 years.

After all that time, Buckley is still unsure if he is willing to participate in this year’s winter fishery.

“It’s going to be a challenge to get it started,” he says, “because you need more fishers.”

Buckley believes there are not enough fishers on the Great Slave Lake to successfully maintain the operation.

On top of that and the COVID-19 pandemic, “This is the hardest time of year to fish,” he adds.

Fishermen who participate will be supported by the department of Industry, Tourism and Investment (ITI) for up to eight weeks—assisting them with accessing winter-specific gear and equipment.

The Hay River packing facility will receive and grade the fish then ship them to the federal Fresh Water Fish Marketing Corporation (FFMC) in Winnipeg for processing and sale.

This project is to ensure present and future fishers are apart of reshaping the industry, says Drew Williams, spokesperson for the GNWT.

But Buckley isn’t convinced by the territorial government’s plan.

The GNWT says it’s committed to “revitalizing” the industry and predicts seven commercial fishing businesses will participate in this year’s winter fishery.

Buckley says change is needed, but most fishermen rely on each other to get by and won’t often complain or voice their needs.

“The fishing industry has a long history in our community,” says Kandis Jameson, mayor of Hay River.

“Our freshwater fish is world-class, and we are optimistic,” she adds.

In addition, the GNWT says they are working with Indigenous governments to train community members to participate in this project.


Masks are not mandatory.