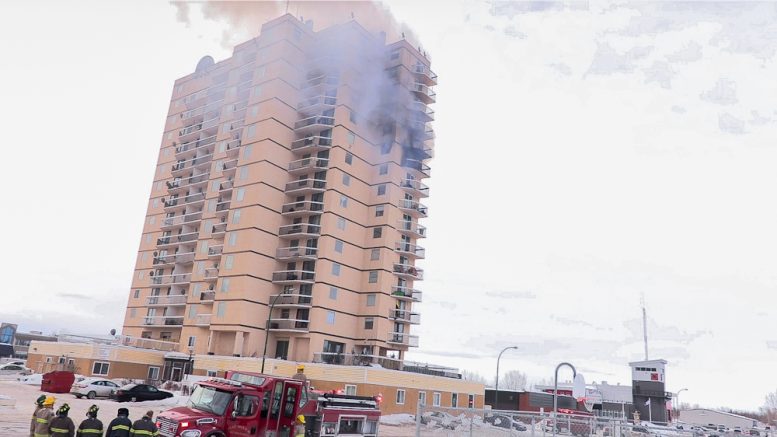 A fire broke out on the building's 11th floor on March 15, 2019. Residents have not been able to return since. (File photo/CKLB).

NWT RCMP has stopped its investigation into the source of the Hay River highrise fire that happened two years ago.

Despite the territorial Fire Marshal’s initial investigation that suggested the fire was lit intentionally, the RCMP has not laid any charges related to the case.

“In the end, the criminal investigation did not yield evidence to support criminal charges,” reads a news release. “The file is now closed.”

“The fire greatly affected many people, and we continue to extend our sympathies to them,” says Corporal Greg Morrow, an officer with the RCMP’s Major Crimes unit. “While this may not be the news they wanted to hear, it is important to remember that should new evidence or information come forward, the investigation can be re-opened.”

More than 100 people were displaced from their homes due to the fire, and the building remains closed.