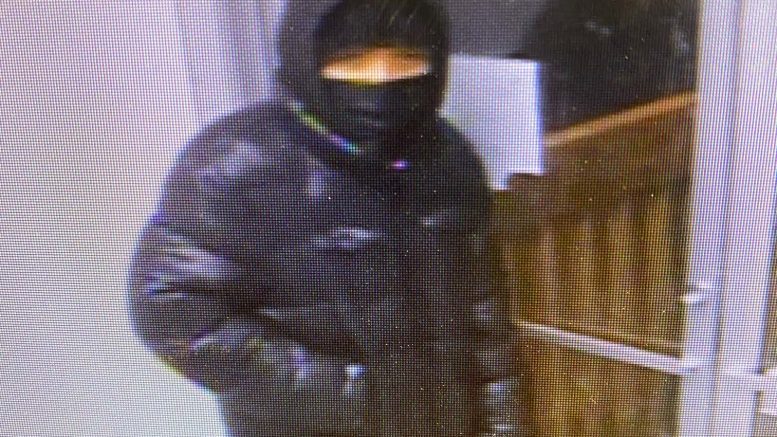 Security footage of the suspect from an attempted robbery in Behchoko on Nov. 13. (Photo courtesy of the RCMP)

Police are investigating an attempted armed robbery at a Behchokǫ̀ restaurant last week.

According to an RCMP press release, on Nov. 13, a masked man entered Trappers Hideaway Restaurant allegedly carrying a gun.

The suspect demanded money from an employee but fled before the employee could respond.

The suspect was seen fleeing north.

No one was injured in the incident, the release says.

The suspect is described as a man of Indigenous or Asian descent. At the time he was wearing a black puffy jacket, blue jeans, black gloves, a black half face mask and may have had a dark hooded sweatshirt under the jacket.

Internet outage in Yellowknife may be result of ‘criminal act’: RCMP