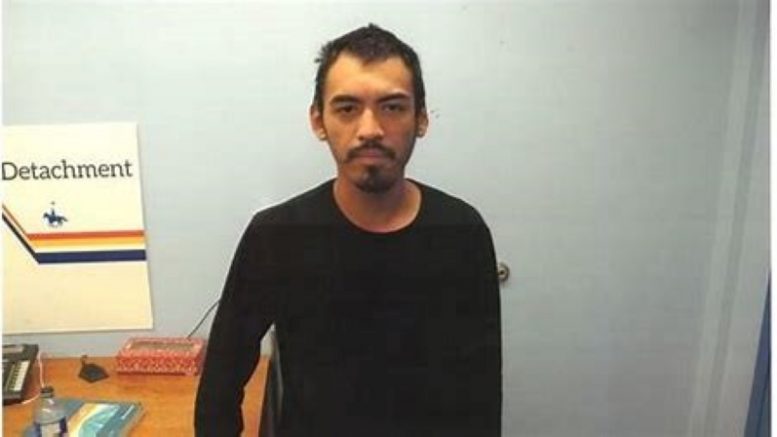 Colten McNeely has been sentenced to seven years in jail for killing Lloyd Edgi. (Photo courtesy of RCMP)

Colten McNeely has been sentenced to seven years in prison for the death of his friend Lloyd Edgi.

The sentencing was delivered by Justice Andrew Mahar on Wednesday morning at the Yellowknife Courthouse.

The incident took place on Sept. 3, 2017 when McNeely stabbed Edgi nine times — including fatally to the heart — during an altercation.

The crown prosecution recommended between seven or eight years, while the defence argued the sentence should be four or five years.

Mahar factored in the role alcohol played in the incident, but said the “risk of death was clearly present” when McNeely decided to carry a knife.

Mahar told the court McNeely’s actions were a “gross overreaction” to the situation he found himself in.

“I find this offence falls at the most culpable end of manslaughter,” Mahar said.

However, he said he doesn’t believe McNeely acted maliciously and doesn’t present a threat to the community.

“He feels sorry for what happened,” he told the court.

Mahar also referenced the victim impact statements which were delivered earlier in the week and how sad he feels for Edgi’s two children.

“This was an extremely sad and unnecessary event,” he told the court.

Several people sitting in the crowded courtroom cried as Mahar delivered his verdict.

Mahar made several recommendations for his sentence, including that McNeely serve his time in the Northwest Territories and that he be considered for early release.

He said McNeely was raised by a caring family and he wants them to be able to visit him.

“It’s important you continue to get visits from the people who love you,” Mahar told McNeely.

Additionally Mahar mentioned the fact McNeely said he doesn’t believe he will ever be able to live in Fort Good Hope again.

“I hope that changes,” he said, adding he hopes there is the possibility of forgiveness in the future.

McNeely has accumulated around two and a half years of time served which will be subtracted from his sentence.