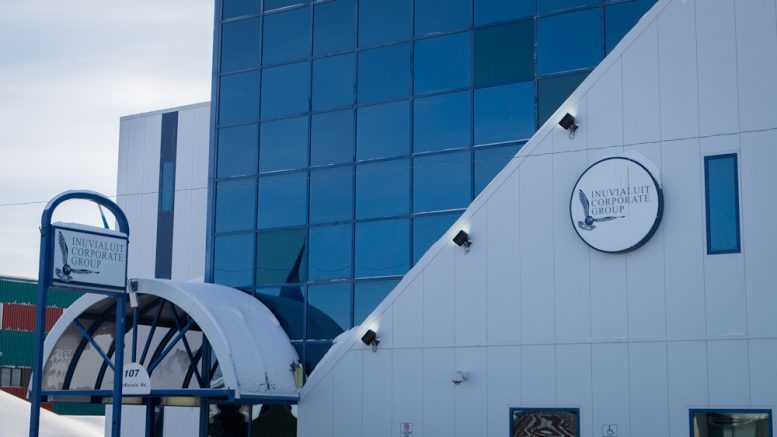 The main offices of the Inuvialuit Regional Corporation in Inuvik. (CKLB file photo).

“Inuvialuit remember a time when our rights to harvest were under threat from outsiders,” says Duane Ningaqsiq Smith.

The chair and CEO of the Inuvialuit Regional Corporation has decried the violence against Mi’kmaq fishers in southwestern Nova Scotia.

“IRC is concerned that the failure of the RCMP and Department of Fisheries and Oceans to protect Mi’kmaq fishermen from violent mobs, while the Mi’kmaq are simply exercising their Indigenous rights, suggests that Canada does not value even the most clearly-defined Indigenous Rights,” reads a statement.

Conflict between Indigenous and non-Indigenous fishers in the province have been growing for about a month.

This comes after the Sipekne’katik First Nation launched a “moderate livelihood” lobster fishery in September.

The latest act of violence was the burning of a lobster pound this past weekend.

Non-Indigenous fishers are calling the first nation’s fishery illegal as it is outside the federally-regulated commercial fishing season. They’ve said fishing out of season could affect lobster stocks in the area.

However, the Mi’kmaq’s fishery only has about 350 traps set to the commercial fisheries’ 390,000, calling into question the legitimacy of this complaint.

The first nation has consistently referred to the Supreme Court of Canada’s decision in the Donald Marshall Jr. case, which re-affirmed treaty rights to fish for a “moderate livelihood”.

Mike Sack, chief of Sipekne’katik First Nation, has repeatedly called on support from the federal government.

Marc Miller, minister of Indigenous Services Canada, has called the attacks on the fishers racist; Bill Blair, minister of Public Safety, has also authorized the RCMP’s request for additional supports from neighbouring jurisdictions.

But ongoing violence calls into questions the police’s efficacy at dealing with the conflict.

The IRC’s statement says Indigenous people must be free to exercise their inherent rights “and earn a livelihood without fear of targeted violence” to advance reconciliation.