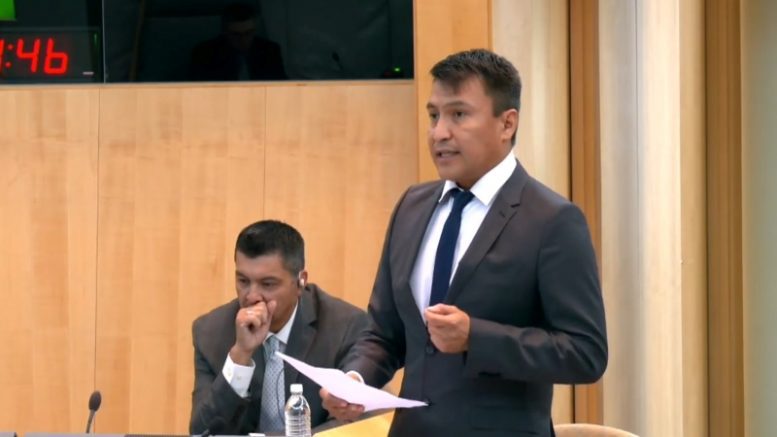 Norn said some Elders told him the centres feel “like residential school all over again”.

Norn brought up the point in asking for better mental health resources for people using the self-isolation centres.

“There is another, darker aspect to these self-isoaltion centres that we never really considered,” said Norn. “(Elders) went in, they were herded in, for lack of a better word, and they were given meals, specific diets

“Even before this pandemic began, mental health had been a long-standing issue for people in the NWT, so COVID-19 has only amplified this issue further,” said Norn.

He recounted his time spent in isolation last month after travelling to Alberta, saying he started to feel “cabin fever” during his second week.

“I could only imagine what that burden is like on people who have to make repeated medical visits down south,” he added.

Asked what mental health services are in place for people self-isolating, Premier Caroline Cochrane said the centres have “navigators” to respond to difficulties around mental health, addictions, “or other supports” to refer people to the right service.

The premier also said that isolation staff did not have any specific training related to mental health, but had access to these navigators.

She added that police responding to extreme cases can also access the navigator and a risk assessment will be done to offer these people appropriate services, such as in-person visits with mental health professionals.