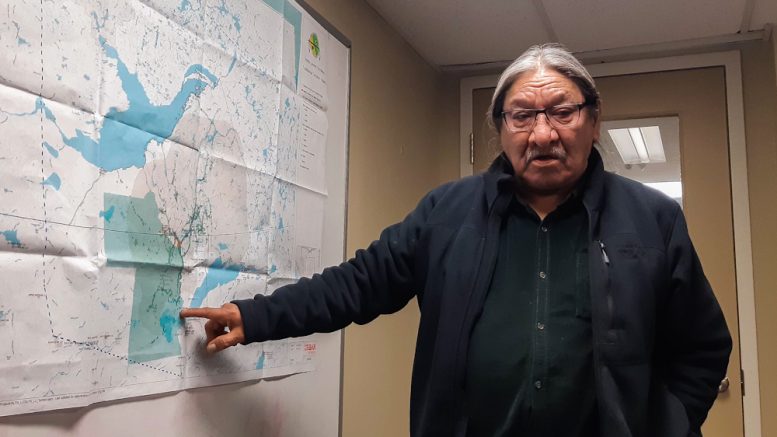 So the fact the province suspended its environmental monitoring for oilsands companies without notifying the Northwest Territories, “is nothing new”.

“We have zero benefits from the oilsands projects, but we get 100 per cent of the environmental issues that come out of the oilsands,” he says.

The Alberta Environment and Parks department suspended certain monitoring practices with the oilsands as a result of the COVID-19 pandemic.

However, the  Alberta-NWT Transboundary Water Agreement requires Alberta to notify the territory about any plans to suspend monitoring water that flows into the NWT.

“The Alberta government has broken the agreement,” he says, “they clearly show a lack of respect for the Indigenous people and for the people of the Northwest Territories.”

The Canadian Press reported a series of emails between the two governments from May which includes Erin Kelly, deputy environment minister, asking for details on the suspended monitoring.

Her first email was ignored for about 10-days according to the Canadian Press story.

In a later email, Kelly again asked for details on the suspended monitoring and references the agreement.

“The [territory] has not been informed of or discussed new changes to monitoring as per [the agreement]. I have yet to receive a response to my last email.”

Joslyn Oosenbrug, , spokesperson for the GNWT department of Environment and Natural Resources, says the territory has been corresponding with the Government of Alberta to ensure it is kept up to date on the status of water quality monitoring and oilsands monitoring.

“The GNWT is confident we have made our concerns clear around upstream monitoring in Alberta and continue to advocate for all Government of Alberta and Environment Canada and Climate Change water quality monitoring to resume,” she says.

Going forward, Oosenbrug says the NWT wants a seat on several water monitoring committees so the territory can have more sway on how “downstream interests are represented.”

Oosenbrug adds that some water quality monitoring in Alberta resumed in June and the GNWT is in communication with the federal government and Alberta to ensure monitoring resumes as soon as possible.

As for Chief Cheezie, he says he hopes the GNWT is willing to stick up for his community who relies on the river. He says he has tried to work with numerous levels of government on the subject, but feels he has been ignored.

“We’re willing to work with anyone to make the government of Alberta realize the fact that there’s major environmental issues that have to be dealt with,” he says. “It can’t be done without consultation. We have got to be at the table when these decisions are being made.”

But he adds this is nothing new for him and his community.


Melaw Nakehk’o is an already well-known, multi-talented figure across the NWT.