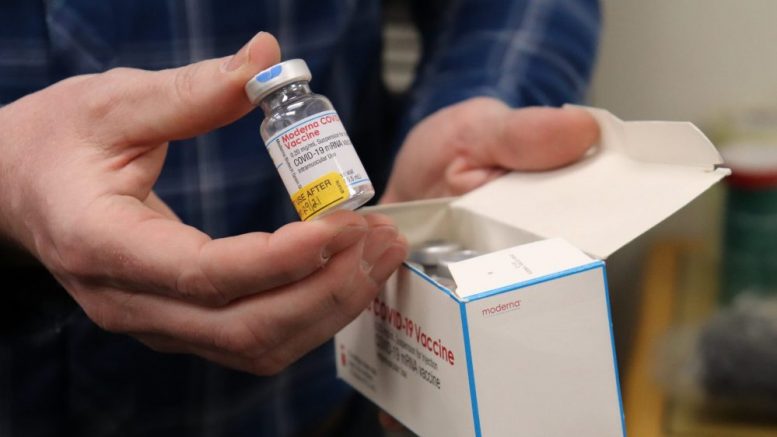 The NWT is expecting a reduced shipment of Moderna COVID-19 vaccine doses in the next week as a result of delays by the pharmaceutical giant.

In February, Canada will be receiving between 20 to 25 per cent less of the Moderna vaccine than expected.

The CBC reported Canada will be receiving 180,000 doses as opposed to 230,400 shots it was scheduled to receive.

In a press release, the territorial government announced that as a result, the NWT will be receiving 4,700 doses instead of the anticipated 7,200 doses.

The delay will effect the timeframe of when certain people will receive their second dose of the vaccine.

The vaccine is administered in two doses, scheduled between 28 to 42 days apart.

Second doses will be delivered on schedule to long-term care residents and staff within the 28-day timeframe using existing vaccines from the first and second shipments.

However other priority populations will be delivered closer to the 42-day timeframe to maximize vaccine supply, the release reads.

In an emailed statement Julie Green, minister of Health and Social Services, said the federal government is still committed to its promise to deliver COVID-19 vaccines to all eligible Canadians by the end of next September.

“It is important to remember that, even with these updates to our anticipated vaccine allotment, we are well positioned as a territory compared to other jurisdictions in Canada thanks to rapid and wastewater testing, public health orders, and vaccine uptake to date,” she wrote.

As a result of COVID-19 outbreak near Gahcho Kué, NWT rotational workers will be offered first doses of the vaccine over the next week. This includes mine workers, ice road support staff and medevac pilots.

No scheduled appointments for this weekend will be cancelled as a result of the delay.

However, this is the second major delay announced by a vaccine manufacturer as even larger delays were recently announced for Pfizer.

The Globe and Mail reported Canada is expecting to get 56 per cent fewer Pfizer doses from Jan. 18 to Feb. 21.

No risk of exposure at École St. Joseph: CPHO