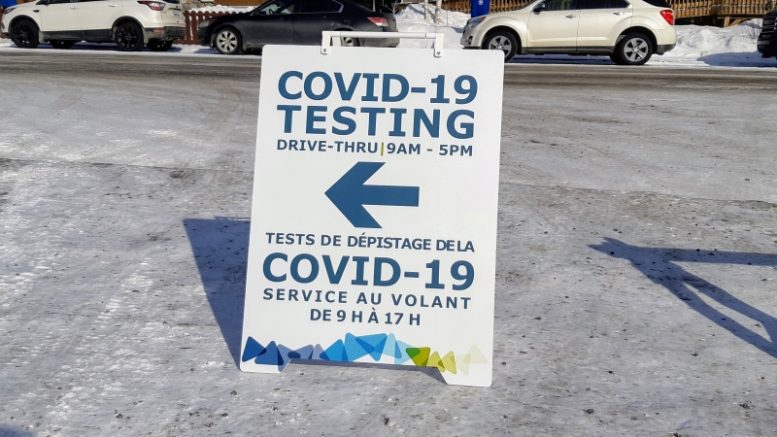 The units deliver test results in less than an hour.

However, Dr. Sarah Cook, the territorial medical director, says the vast majority of tests will still be going to Alberta — with a four-day average turnaround time — due to a shortage of testing cartridges.

“It’s not being rolled out for use for everyone that’s being swabbed,” said Dr. Cook during a news conference Wednesday afternoon. “We have a process in place where we need to prioritize how those GeneXperts are used. The cases that would be influenced most by having a rapid turnaround are the ones that we’re going to use the GenXpert for in the short-term until we have a more secure supply.”

Chief Public Health Officer Dr. Kami Kandola pointed to essential healthcare workers travelling to communities as some of those cases that would need a quick turnaround time.

An important component to easing the public health orders in the territory’s Emerging Wisely plan is “robust testing and public health surveillance”.

Health officials anticipate a second wave of COVID-19 to hit in the fall when start spending more time indoors.

“We’re hoping that we’ll get more testing cartridges available in the fall so that we can have quicker turnaround of test results and allow people to know that they’re negative,” said Dr. Kandola.

Having this information would make for better community monitoring and more accurate adjustments to public health orders.

Initially, health officials were waiting on a second rapid testing technology called the Spartan Cube. This smaller unit would have been deployed in communities, but Health Canada has recalled the product, saying it isn’t reliable.

CKLB has asked if not having more cartridges will prevent the relaxing of public health orders. We’ve also asked how many cartridges are currently in the territory.

There are four GeneXpert Express units set up at Stanton Territorial Hospital. The National Microbiology Laboratory in Winnipeg is in charge of allotting the cartridges.

There have now been more than 2,000 tests done in the NWT.

Dr. Kandola reminded people crossing the border to respect the mandatory 14-day self-isolation order if returning to the territory.

“There’s a fallacy people have that if you screen and test positive, that’s good and you can leave isolation early,” said Dr. Kandola. “But if you screen and test negative, it doesn’t mean that negative is a true negative. Some people can get false reassurance, some people can still be incubating. You still have to do the full 14 days of risk assessment and self-isolation if you’re (an essential worker) off-shift or full self-isolation if you’re a traveller.”

Mike Westwick is the director of COVID-19 communications for the territorial government.

“Essential workers make up a very strong majority of the out-of-territory self-isolation plans, with the minority being for exceptional cases,” he said.

‘Excited and hungry’: You can’t keep northerners from the colonel’s chicken