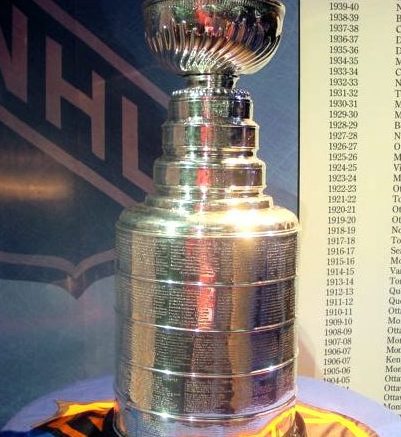 The holy grail of hockey, The Stanley Cup, is headed to Délįne for the first time ever for Scotiabank Hockey Day in Canada.

Some say Délįne, which is located in the Sahtú region of the Northwest Territories on the western shore of Great Bear Lake, is the birthplace of hockey.

“The Stanley Cup will touch down in Délįne via Buffalo Airways on February 5,” Darling said.

According to Darling, the Stanley Cup will also be brought to Norman Wells for a visit.

“Ron MacLean and Bryan Trottier will be with it,” Darling said. “Trottier has always wanted to bring the cup to Délįne.”

Residents of Délįne and Norman Wells will be treated to a non-ticketed meet and greet with Lord Stanley’s Cup, according to Darling.

“It’s going to be on the ground for about two and a half hours in each location,” Darling said. “Délįne has been in the conversation as the birthplace of hockey. So obviously that is a neat place and we really wanted to bring the cup to a couple of locations in the North.”

According to the website of the  Spectacular NWT, in the winter of 1825/26, Sir John Franklin wintered at a Hudson’s Bay post, named Fort Franklin in his honour.

“His well-equipped crew would have brought ice skates and a passion for field hockey, both popular pastimes in that era. As winter set in, Franklin mentioned in his diary that his men were playing games of hockey on the ice,” Spectacular NWT said on their website. “Ice hockey is now Canada’s National Game. Sir John Franklin made three trips to Northern Canada and on his first and second trips by land, he wintered in the Northwest Territories.”

Scotiabank Hockey Day in Canada is being held in Yellowknife from February 5th to February 8th.