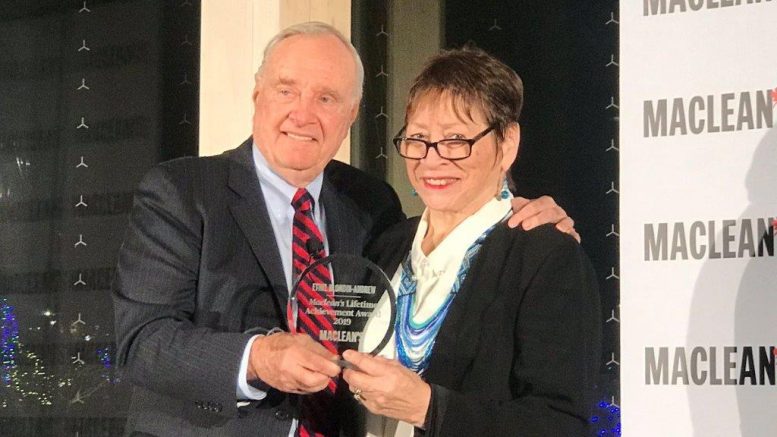 The Maclean’s Magazine Lifetime Achievement Award has been presented to a former leader from the Northwest Territories.
Former NWT MP Ethel Blondin-Andrew was given the honour at last evenings, “Welcome to the Hill” event sponsored by MacLean’s.

Blondin-Andrew was the first Indigenous woman elected to Parliament 30 years ago.

“I didn’t want people to come to Ottawa and not be able to see a minister or someone from our party,” Blondin-Andrew told Maclean’s, describing her effort to make time for visitors while she was an MP.

“The way you treat people is the way that you will be remembered,” she said.

She was elected 7 terms, and served as junior cabinet minister under Prime Minsiter Jean Chretien.

After her parliamentary career she was the Chair of the Sahtu Secretariat Incorporated.

What an Erin O’Toole government would mean for the NWT


Supporters say O'Toole will provide more responsibility to the territory, opponents say he will be the same as Stephen Harper.