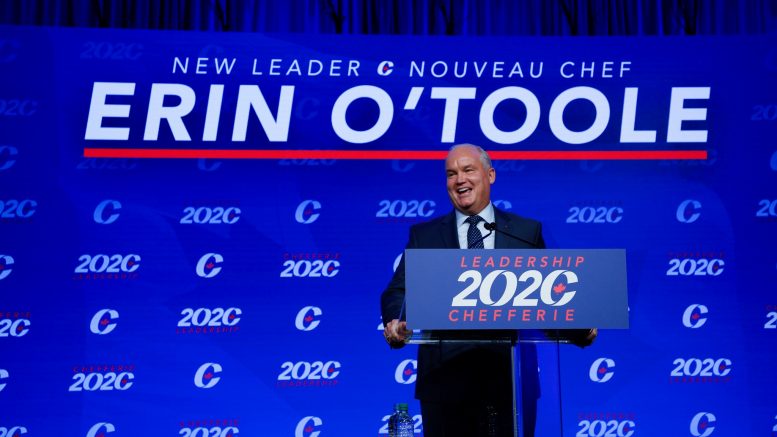 Wally Schumann, a former territorial cabinet minister, says he is considering running as a member of the Conservative Party in the next federal election.

Schumann says he’s never been a member of a political party, but adds he trusts the Conservative Party’s new leader, Erin O’Toole.

“He’s traveled the North, he’s been up here,” Schumann says.

The Liberal Government will be making its throne speech on Wednesday where it will need the support of one other party to pass its budget and avoid a fall election.

If this doesn’t happen, voters will head to the polls for the second fall in a row.

In the event of a federal election this fall, Schumann says one subject will be front of mind for residents of the NWT.

“The economy is the big one,” he says.

This subject has only gotten bigger as the COVID-19 pandemic has affected many areas of the territory’s economy.

He says O’Toole will prioritize allowing the territory to be in control of its own decisions including those involving natural resources.

“[Erin O’Toole] is really getting back to having the territory have a say in the major decisions that impact them,” he says.

However, he did not provide specific examples for the NWT, and spoke of all three territory’s in general.

Schumann says land claims are another hot button issue, and adds previous Conservative governments have signed off a number of agreements.

And he has faith O’Toole will do the same.

The Indigenous vote and a memory of Harper

Schumann says he’s spoken with many Indigenous people who have expressed support for the Conservative Party platform, but have refused to vote for them as a result of its stance on key issues like the environment.

Schumann says he believes O’Toole’s platform will “shift” — incorporating things like the environment that resonate with the Indigenous population.

However, Michael McLeod, the Liberal MP for the NWT, says an O’Toole government will be an extension of Harper’s.

“I don’t think there is a lot of support for Conservative government in the North,” he says, “Erin O’Toole is a continuation of the Harper government… If you want to see what Harper did for us when they were in power, Erin O’Toole will give us the same.”

Harper was heavily criticized for his handling of Indigenous affairs while in office. One of the criticisms was that he didn’t commit to any of the 94 recommendations in Truth and Reconciliation report.

Mary Beckett, who ran in last fall’s election as a member of the NDP, says voters should remember this when thinking of voting for O’Toole.

Beckett says she is also planning on running in the next election.

“I am still as interested in politics as I ever was,” she says, “assuming that people wish for me to run, I am certainly willing to put my name forward again.”

The throne speech will be delivered on Sept. 23.

Students gather from across NWT for Youth Parliament