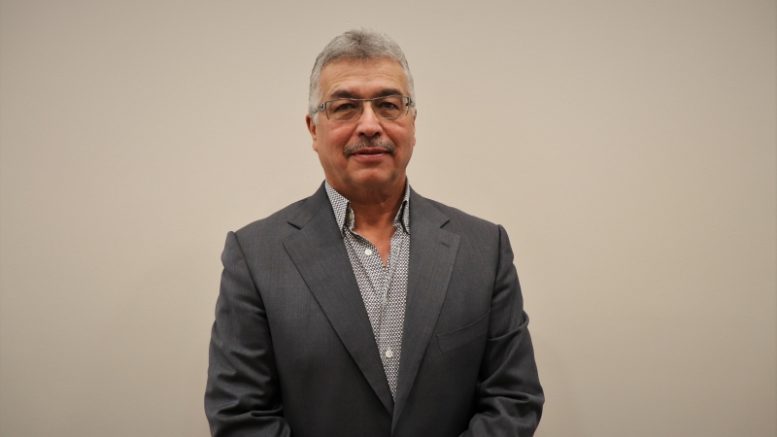 Five candidates are running in the federal election to represent the Northwest Territories as the Member of Parliament.

CKLB had the chance to speak with candidates about what they hope to accomplish if elected to the House of Commons.

Q: To start off, tell me, why did you decide to run for re-election in this campaign?

A: I’m running for re-election, because I’m proud of our government’s record. And I want to build on that record, to improve the lives of [residents of the NWT].

The Liberal government was there for northerners from the start of the pandemic, with supports for people, for businesses and communities that were hit by the economic and health impacts. When the vaccines became available, we made sure the North had priority access to them.

We are still dealing with COVID, but we know that reopening is on the horizon. And I want to ensure that we have a robust economic recovery and inclusive growth right here in the Northwest Territories in all 33 communities.

We’ve heard over and over that access to housing is a major issue. And we’ve made significant progress through working with our partners in the North. But more more work is necessary.

Our party has a comprehensive plan as part of our platform that will build more homes and unlock homeownership for Canadians. And that includes specific commitments for Northern and Indigenous housing. During my time in office, we’ve certainly developed stronger relationships between Indigenous governments and the Government of Canada. And I want to keep that momentum, I want to keep it up. So we can continue to close the gaps in service, and infrastructure.

We’d like to continue to advance reconciliation. The Northwest Territories has been through a lot since 2019. And at this critical time, I think it’s important for the [residents of the NWT] to have an experienced voice in Ottawa to advocate for the priorities and make sure our country moves forward. And that’s why I’m asking for everybody’s vote on September 20.

Q: If the Liberals don’t form government and you are elected to represent the Northwest Territories, how will you ensure that northern voices are still represented?

I think all the work and advocation that I do in Ottawa and the communications that I have here, the links that I have with Indigenous governments, with municipal governments and the territorial government is really paying off and we’re seeing the results.

We’re seeing record investment in the North in many areas — in infrastructure and housing and support. And we’re certainly seeing the investment that was required when COVID hit. Out of every $10 spent in the North, $8 came from the federal government.

I think I have a good relationship all around, my track record is there for everybody to see. We’ve had many, many investments and many commitments and we need to continue to carry that momentum forward.

Q: Was there anything you didn’t get accomplished during your time in office so far that you hope to do if you are re-elected?

A: Well, we’ve really focused on a lot of different areas as we move forward. In the last election, however, we weren’t counting on a pandemic. That wasn’t something we talked about in 2019, but it took a lot of attention in this last government.

As we go forward, having homes for everyone is something that’s really important for us here in the North — and right across the country that matters.

But clean air, a greener future, good jobs, training to allow people to transition to good jobs, working on the advancement of reconciliation, and standing up to racism, are all important. So there’s quite a few things that we have to work on. And I think we’re going to need to work even faster now.

We’ve done a lot of things in the last two terms, since I’ve been elected. We’ve invested in a significant amount of infrastructure across the Northwest Territories, from small projects in the various smaller communities to larger green investments.

And we’ve been able to sort out many challenges that were causing concern in our communities like the Yellowknife Giant Mine apology and compensation. That whole process was difficult to get started, we’re making good headway.

Funding directly to Indigenous governments was something that hadn’t been done historically. We’re moving on that front. We’re tackling a lot of the infrastructure challenges we’re building new airports. In the case of Inuvik, we put in hundreds of millions of dollars. There are bridges at Bear River (Tulita), Frank’s Channel, all these are very worthy investments, they’re all going to be creating good jobs and provide some good training. There’s a lot more we have to do though.

Q: Speaking specifically to one subject, land claims, there’s some that are still obviously not settled in the NWT. If you’re re-elected, what will you do to try and get these land claims settled?

A: We’ve had a lot of discussion in the area of land claims and self-government and I think the focus is more to reconstituting nations now, which includes dealing with land tenure and compensation and all those issues that were there before.

We are quite advanced when it comes to having those discussions. There are 14 tables set up and negotiations are going on. But there is still a need to have a more focused conversation around ‘how do we make it work for the North?’

So it’s not possible just to have a one size fits all, those discussions have to be based on what Indigenous governments need to strengthen their nations and not be guided by something that was designed in Ottawa.

Those discussions are happening. I think Indigenous governments are pretty happy that we’re finally moving along to what they’ve been asking for, for a long time.

It’s just not happening fast enough for many, and I think that includes non-Indigenous people too.

Q: So my final question for you Michael, is why should people vote for you in this upcoming election?

A: I think people should vote for me because I get things done. I think I’ve proven that.

The list is very long of different issues that I’ve tackled, the list of very long of investments that were made in Northwest Territories.

We have good discussions with all levels of government. People call me, I talked to many, many people every day — my ability to be reached is pretty good. Sometimes it’s overwhelmed on my end, because there’s so many people that are are trying to discuss issues, but I try to keep an open door policy.

I have a good team and I’ve been working hard and I think people see that I’m hoping that they recognize that and take that in consideration when they go to vote.