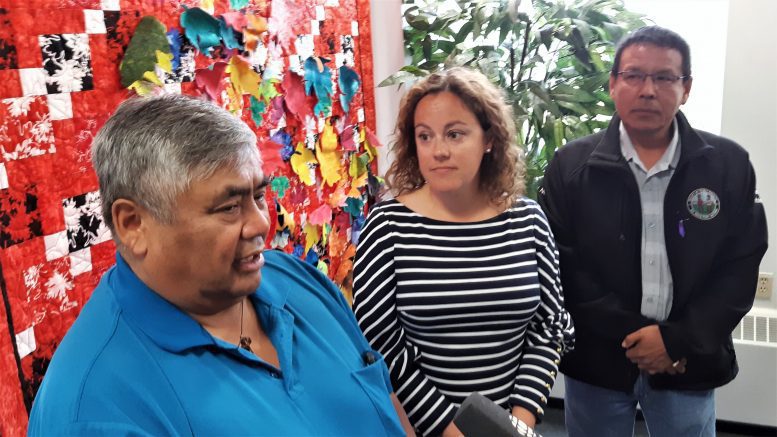 Officials from the Yellowknives Dene First Nation (YKDFN) and the City of Yellowknife are to meet Thursday morning to sign a new Memo of Understanding (MOU).

According to a news release from the city, the MOU outlines how the two governments will commit to working together, building on and modernizing the previous MOU which was implemented in 2002.

The city says the MOU commits to collaboration between the YKDFN and the city through regular meetings between leadership and senior staff.

It recognizes the city’s and the YKDFN’s commitment to reconciliation and mutual support guided by common values and mutual interests, the city stated.

The MOU signing comes on the heels of the news that the city expects to not extend the contract past February of Maggie Mercredi, the City of Yellowknife’s only Indigenous Services Advisor.

Ndilo Chief Ernest Betsina was not happy with that decision nor was Yellowknife’s only Indigenous city councillor Stacie Smith.

Mercredi tells CKLB she will still attend the signing.

The city now says the event will take place at 10:00 a.m. in the council chamber at city hall after initially stating in its news release that the event started at 11:00 a.m.


"The day shelter is temporary, the best thing we could do is to have housing for everybody," says Rebecca Alty, mayor for Yellowknife.


The negotiations, which have gone on for over 10 years, officially came to a close on Friday.