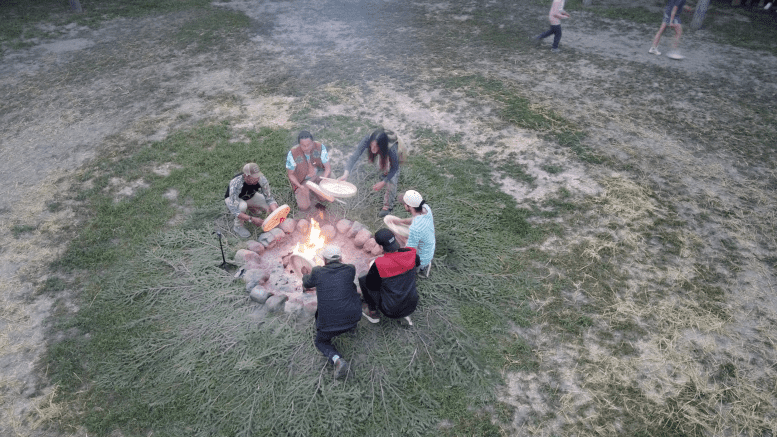 A drone shot from the drum dance held in Lı́ı́dlı̨ı̨ Kų́ę́ First Nation for Treaty 11 commemoration on Saturday. (Riel Stevenson-Burke/CKLB)

Johnny Landry grows emotional talking about all the hardship his people have faced since Treaty 11 was signed 100 years ago.

“It’s good to know what really happened to us and how we got here today,” he says. 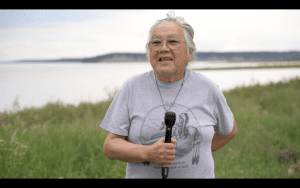 Johnny Landry spoke with CKLB about Treaty 11, remembering stories told by his Elders and the healing powers of music. (Riel Stevenson-Burke/CKLB)

Landry, a popular NWT musician, traveled from Fort Providence to Lı́ı́dlı̨ı̨ Kų́ę́First Nation (LKFN) to perform for those in attendance. He writes and performs his music in Dene Zhatié, something that not only provides a beautiful sound, but serves as a healing experience for him.

He chokes up while talking about some of the songs colonists banned.

The music has taught him about his culture and history.

“A lot of the songs I wrote were from stories,” he says. “That’s how I got to learn the language and the stories and the histories of what happened.”

While speaking with CKLB, he talked about the impact of Canada’s genocide against Indigenous people including residential schools.

“Coming out of there was a nightmare,” he says. “I’m lucky I can still speak my language and go out on-the-land.”

He credits his Elders with helping him keep his connection to his roots, and he hopes his music can do the same for others. 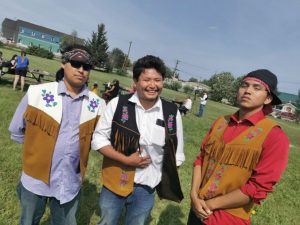 Sheldon Minoza (centre) of Fort Providence says he and his friends attend as many handgames tournaments as they can. (Riel Stevenson-Burke/CKLB)

Another of those to travel from Fort Providence to LKFN was Sheldon Minoza.

“It shows that we’re still here, for our founding fathers and we’re still at least holding on to the land, we’re still cherishing it,” he said.

Minoza took part in the stick pull event — where he finished in second place — on a particularly hot sunny Saturday.

But Minoza said his main reason for attending is the hand games.

“I chase hand games everywhere,” he says with a laugh.

Minoza has plans to travel to Hay River and Tulita later in July to compete in more hand games tournaments.

The hand games was one of numerous events that took place from July 5 to July 11, along with traditional marketplaces, jigging workshops, talent shows, drum prayers, golf tournaments and more.

Jonathon Antoine is the tourism coordinator for LKFN.

He said one his favourite aspects of the week was being able to hear live music again.

“We’ve been stuck in this COVID-era and it’s good to see people gathering,” Antoine said, “and also the drum dance is amazing.” 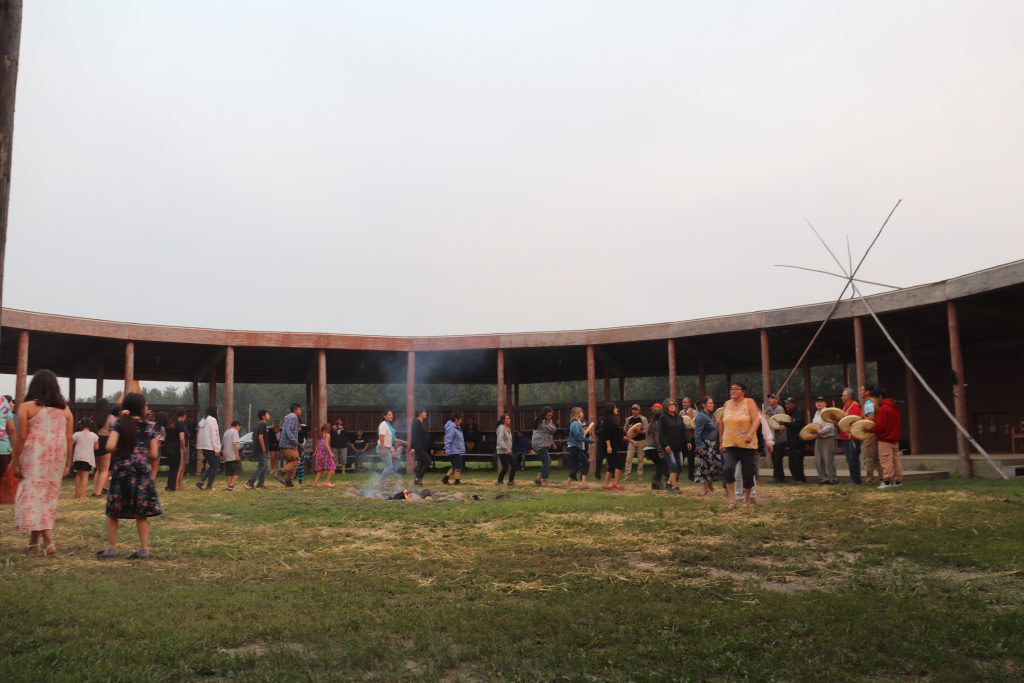 Multiple drum dances were held at the Arbor in Lı́ı́dlı̨ı̨ Kų́ę́ First Nation for Treaty 11 commemorations. Numerous attendees said these were some of the most powerful drum dances they had ever participated in. (Luke Carroll/CKLB)

A drum dance to remember

The drum dances was a highlight for Ria Letcher, the coordinator of Treaty 11 events for LKFN.

The pair spoke with CKLB during a particularly powerful dance held on Saturday night.

“I haven’t seen a drum dance with two circles in forever, probably since the 80s, so it is wonderful to see,” Cli said. 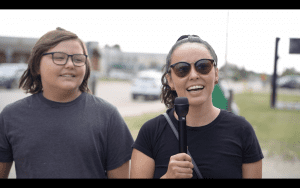 Kristen Tanche and her nephew Nateyaa Tanche were both attendees to several events throughout the week.

“I go to drum dances quite often and the past few drum dances we’ve had, have been so amazing,” Kirsten said. “You can really tell that coming together has meant so much for the community and also for the whole region.”

Kristen said she enjoyed the full week of activities, but was particularly pleased that it was educational.

“I was really happy to see that how it was framed wasn’t about celebration, and that it was more commemorating and recognizing and remembering the treaty and why and how it was signed from the Indigenous perspective,” she said.

For attendee James Tsetso the commemoration comes at a time when the nation is coming to grips with its dark past.

“It’s been kind of a difficult time right now, especially with all the children being found at the residential school sites,” he said.

Tsetso says colonialism has harmed language and culture, but he is doing his best to reclaim those.

LKFN Chief Gerald Antoine said the ceremonies were an opportunity to reflect but also a chance for the community to gather.

“It’s been very difficult, but we’re still here and that’s what we need to celebrate,” he said. “It’s been a long time since we’ve all gotten together… To dance, to sing, to laugh.”

The opportunity to gather comes just two months after the community dealt with devastating flooding that damaged numerous homes.

Self-government as the path forward

Several leaders from across the Dehcho and broader NWT gathered in LKFN for the events on Sunday.

One of them was outgoing Dehcho Grand Chief Gladys Norwegian who spoke with CKLB about how understanding Treaty 11 can help with figuring out what needs to happen next.

She said developing more Dene Zhatié programming should be a priority. 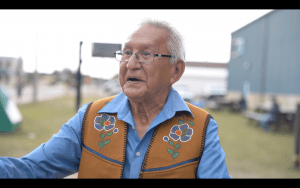 Deh Gáh Got’îê First Nation Chief Joachim Bonnetrouge says the Dehcho has been ready for self-governance for the last 50 years.

“According to the Elders, they had no qualms welcoming settlers into our country,” he said. “But since treaties were made, it has not been fair, we still have a lot of grievances.”

He says the Indigenous people have done their work and what comes next is on the federal government.

Michael McLeod, NWT MP, says his grandfather Victor Lafferty was among those who participated in the treaty signing in Fort Providence 100 years ago.

McLeod says much of the federal government’s framework for reconciliation comes from this treaty.

“It’s been called a sacred agreement. And for a lot of people, it’s on par with what two countries would have signed,” he said. “And I think a lot of people also see that the treaty is a document that ties Canada to many commitments that they made, and a lot of them that weren’t honored.”

“[The federal government] recognize that there has to be recognition of rights. And we have to work very hard to support all the nations to become strong independent nations with good language programs.”

Bonnetrouge says he has faith self-government isn’t far away.

“We still have our land and we’re still here,” he says. “I’m one of the believers that we have a bright future.”