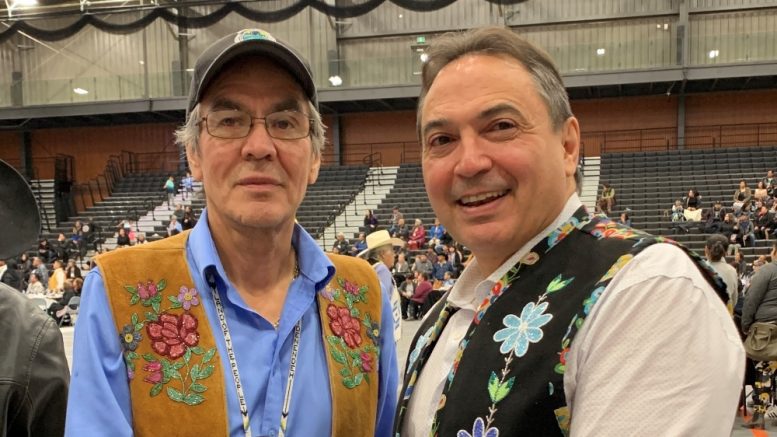 Chief Perry Bellegarde has announced he will not be seeking re-election next summer as national chief of the Assembly of First Nations.

Chief Bellegarde made the announcement the day before this year’s AFN general assembly, which wrapped up on Dec. 9.

Following the assembly, Dene National Chief Norman Yakeleya told CKLB it was a “bittersweet” moment when Chief Bellegarde addressed his fellow chiefs, saying he was leaving to focus on family.

“He’s done so much for the assembly in his six years of being the national chief for us, and raising the needs of the First Nations across Canada,” said Chief Yakeleya.

Asked whether he’s considering putting his name in for AFN national chief, Yakeleya said he’s focusing on the priorities of the Dene Nation.

Listen below for more on Chief Bellegarde stepping down, this year’s assembly and future priorities of the AFN.