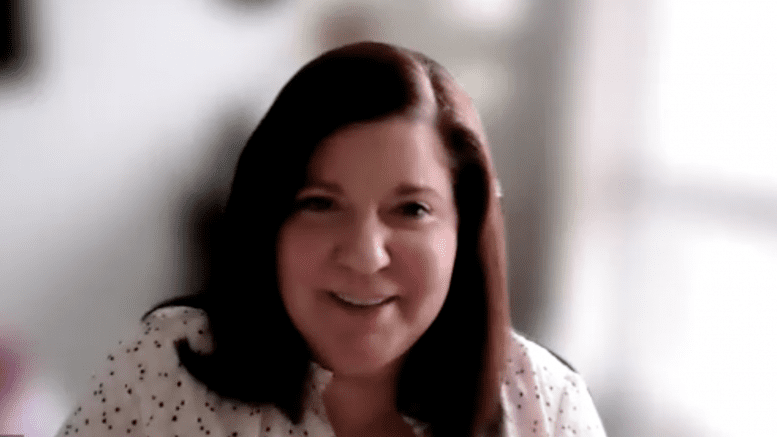 Sheryl Lightfoot, newly appointed expert to a UN body on the rights of Indigenous Peoples.

Agitate by presence is one way to get noticed – a reality known all too well by Canada’s first Indigenous woman appointed to a UN expert body, Dr. Sheryl Lightfoot.

Alongside six other independent experts, she will now be representing North America on the rights of Indigenous Peoples.

Part of their role will be to advise member states on how to implement the United Nations Declaration on the Rights of Indigenous Peoples (UNDRIP).

The NWT has a similar plan.

The territorial government has put together a committee to guide the implementation of UNDRIP within its policies.

CKLB caught up with Lightfoot on her new role and thoughts on the relationship between Canada and the NWT as per their commitments to uphold and acknowledge UNDRIP. 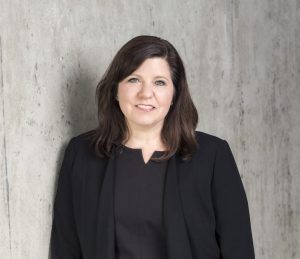 “In some way, I’m not special at all and I think that’s what makes me a reasonable candidate for the position, ” says Lightfoot. (Photo courtesy of Sheryl Lightfoot)

How did you feel when you first heard the news?

To be honest, a bit daunting, exciting, but daunting. I’m really happy to be stepping into this space and bring the other experiences I’ve had. The challenges that were there, pre-COVID are still there, and they’re amplified even more. I’m feeling the weight of that and want to move the dial in an important way. I recognize how critical the work is and how it needs to mean something back to people on the ground.

How do you think COVID-19 will affect the implementation process long-term?

There are both positives and negatives to it.

A couple of things we’ve learned is we can take our interactions online.  There’s a huge global Indigenous network on Facebook and Twitter and all kinds of social media that have played really important roles in mobilizing folks. If we think back to issues like Standing Rock just a few years back, or the conflict in Wet’suwet’en – they went viral. They go live, and so that mobilizes people all over the world in ways that we hadn’t seen previously and instantly.

There are also big challenges. This virus has caused devastation in some communities, we’ve lost huge amounts of Elders, knowledge keepers. We’ve lost contact between Elders and younger people during the course of now more than a year, with everyone isolating in their homes. I also think we’ve lost time because governments have been distracted and focused on COVID issues. In some cases, they’ve placed Indigenous rights implementation on the back burner. I’m worried about getting that back to the front burner.

How do you plan on ensuring that the work done on the declaration is done effectively?

I’ll be taking an international seat on this expert mechanism. I’ll have to leave it to others to push domestically in some of those areas.

At the international level, I think one of the big concerns that I’ve heard from people who advocated in that space, is the real disadvantage of going virtual for Indigenous Peoples because we’re not in the room when decisions are happening, and discussions are being held. For many people, that is a serious problem that is now getting worse. Discussions and UN meetings do continue in a virtual space, but we’re not there, our voices aren’t heard . . . and do one of the things we do, which is agitate by presence.

I know people are worried the longer this isolation goes on, the more disadvantaged we could become in some of those global issues. For example, a couple of the reports active right now and will be finalized this summer. One is on the rights of the Indigenous child and the other is a report on self-determination.  That takes a global view. A couple of other reports coming out is going to deal with land rights, and another dealing with the militarization of Indigenous territories.

There are elements of that that will come back to Canada as well.

As Anishinaabe, a citizen of the Lake Superior Band of Ojibwe, what do you believe makes your perspective so distinct and special for this role?

In some way, I’m not special at all and I think that’s what makes me a reasonable candidate for the position.

I come from pretty humble beginnings, grew up in the city of Minneapolis, not in the greatest of economic conditions or social conditions.  I think that’s an all-too-common experience among Indigenous folks in North America. Where I maybe took a different direction is, when I went into academia, that is unusual.  When I was coming up through undergraduate, I didn’t know a single Indigenous academic.

What I bring as well is that as a child I was very connected to the American Indian Movement in its early days. I come from that very politicized, early formative experience and on the community level.

I think that has made me a very different kind of academic. My colleagues don’t always appreciate that. They have a different understanding of the world. That’s very eurocentric. That’s fine. I just continued to disrupt by my presence.

Explain the unique needs and goals of UNDRIP. What’s Canada missing in its plan?

In some ways [the document] feels inaccessible, but it boils down to a few key principles.

Essentially, it’s the right to make decisions over your own people and what happens to your own peoples and participate in decisions about issues that will impact you. It’s a very simple concept, but for some reason, it seems to be hard for nation-states to recognize.

This is how we get along with each other. This is how we live together. It isn’t rocket science, it just needs to be accepted by governments and institutions that this is how Indigenous Peoples wish to be treated.

So much of our non-Indigenous society is under the misperception that we’re already equal, the work is already done, and that somehow when Indigenous Peoples are claiming, demanding and asserting that it’s [considered] something special. They fail to understand that what the UN declaration is actually doing is remedial, it’s just getting us up to equal.

Getting that out there in the public domain is a formidable challenge.

How are Indigenous Peoples recognized internationally?

If we look at something as common sense as consent, we understand what consent is on an individual level, we understand that two people going into a marriage have to both agree their consent freely, willingly.

Yet somehow, when we talk about larger projects, some people have more rights than others, and this is what is curious. Somehow, for Indigenous Peoples,  we don’t have full input, or we don’t have the right to say no, or we don’t have the right to say, ‘ I’ll consider that under certain circumstances.’ All of a sudden that’s disruptive. When I look at it in that simple human way, that isn’t right. It isn’t fair. And so I’d like to appeal to larger Canadian senses of justice and reasonableness and rightness and hope that we could get somewhere.

CKLB explained the current territorial climate on its plan to implement UNDRIP and further asked Lightfoot what her advice is for our territorial leaders.

The declaration was drafted several decades ago between Indigenous advocates and nation-states from all over the world. It was drafted in such a way that there was both global unity and agreement on the larger principles, but also that it was applicable to unique, individual contexts.

I would say the thing to do as a next step is not trying to figure out how each one of those 46 articles is a point of discussion in the NWT. The idea with the declaration is it’s supposed to be read holistically and the 46 articles are details. Figure out what principles are most important to you in your area. Is it an exercise of consent? Is it recognizing Indigenous autonomy? Is it to address socio-economic gaps?  The principles of behaviour, mutual respect, reciprocity, practical development, practice them, and when dealing with governments or multi multinational corporations, expect those and demand those and articulate them as the standard of practice.

That will probably help bring a little more context and be a bit more nuanced. Otherwise, it can seem a little bit removed because it was also written for people at the same time in Kenya, Thailand,  China, the Arctic. There are broad principles there that can be pulled out, but it has to be contextualized for each and every Indigenous people that are trying to action it.

Where would you say Canada is in relation to the rest of the world in regards to recognizing Indigenous Peoples?

Oh, Canada is at best a mixed result.

We have some frameworks that would be considered advanced around the world. I think we can be very proud of those. However, we also have some tremendous challenges that are failures in many respects. Those are ones that we are much less proud of and don’t like to highlight. Boil water advisories, missing and murdered Indigenous women, Wet’suwet’en, Miꞌkmaq all remains an issue. (This is what Dr. Lightfoot is referring to).

I think we have to be realistic about it and say, it’s neither all good nor all bad.

Should modern treaties be used as a tool to implement the rights of Indigenous Peoples?

If that’s what people want them to be, but they certainly should not be considered the only pathway.  It should not be a requirement to go into a modern treaty in order to have a conversation with governmental institutions, there should be other pathways open to people.

In a perfect world, what would be the best outcome for UNDRIP?

In my dream world, we would eliminate the inequities between Indigenous and non-Indigenous Peoples, culturally, socio-economically, linguistically; those would just no longer be a concern. I’ve been to the Norwegian Arctic areas, they don’t have the same disparities that we do. That’s been remedied.

I want to live in a world where Indigenous Peoples, nations are exercising their inherent jurisdiction, their title and rights, and feel respected doing so. I think in parts of Canada, we’re getting there, but we have a lot of work yet [to do].

‘We want to get the work done’: Colville Lake asks GNWT to leave self-government negotiations