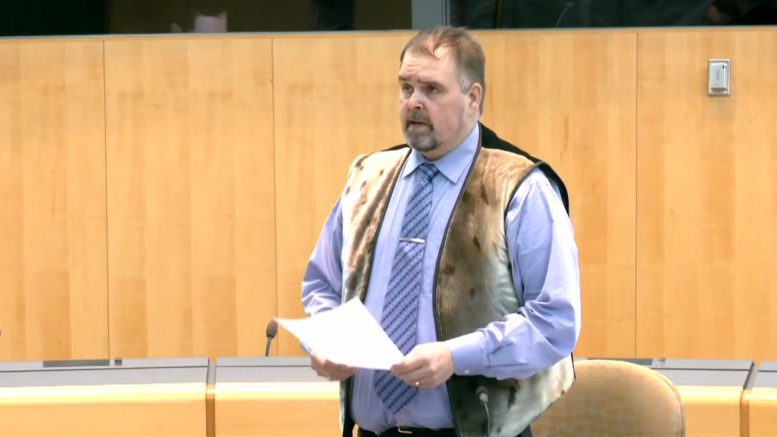 Jackie Jacobson's bill to stop the use of power limiters in winter, Bill 23, passed second reading on March 11. (GNWT image)

Cabinet has taken issue with a motion put forward to end the use of power limiters in the NWT.

Jackie Jacobson, MLA for Nunakput, introduced a motion to amend Bill 23 in the Legislative Assembly last week to cut back on the use of power limiters by the Northwest Territories Power Corporation (NTPC).

Power limiters enable the power corporation to taper the power it delivers to customers who are behind on their payments. This could mean cutting the electricity in 15-minute intervals or if too much power is being used at once.

Jacobson’s bill aims to put an end to that practice in the winter months, from Oct. 1 to April 30, or when the temperature is forecast to dip below 0 C.

The bill also stipulates that a public utility provider would reconnect customers’ power for winter months if they were in arrears before winter, and that further installation of limiters due to overdue balances is prohibited.

R.J. Simpson, government house leader, said “cabinet has serious concerns” with the bill as it stands. 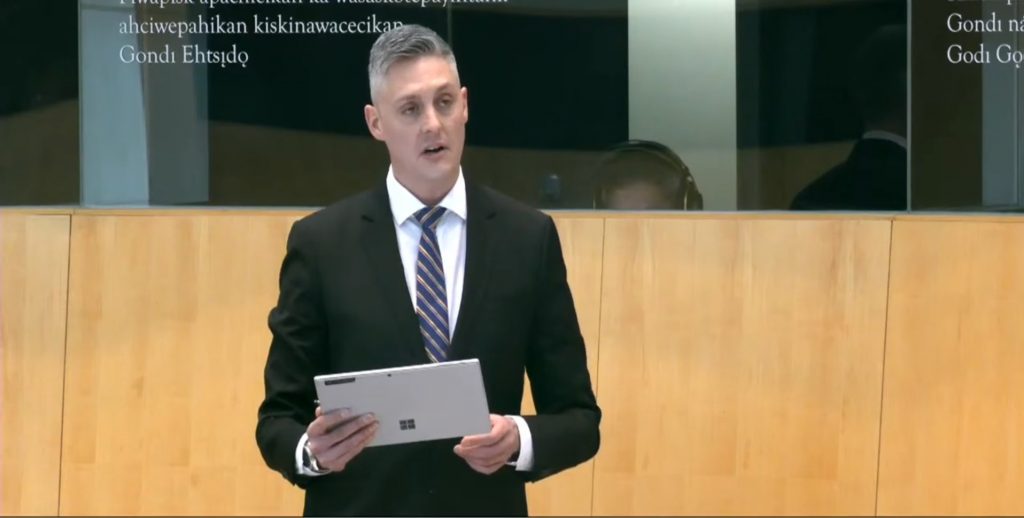 R.J. Simpson said cabinet has serious concerns with the implementation of Bill 23 on March 11. (GNWT image)

“If Bill 23 were to become law, it would essentially create a right to receive power while removing the obligation to pay for it.”

Simpson said that the bill would burden customers with an ever-growing debt that would become harder to pay and saddle NTPC with debt it cannot collect.

This would result in the uncollectable debt being recouped through ratepayers he said, resulting in higher bills and rates for other residents.

Despite cabinet’s concerns, Bill 23 passed second reading on March 11 and was referred to standing committee for review.

Jacobson has said the use of limiters makes it impossible for a family to properly heat their homes and feed themselves.

NTPC halted collections and the use of limiters in March, 2020 due to the COVID-19 pandemic.

Last October, NTPC declared they would resume the use of limiters and begin collecting $2 million in overdue payments. At the time Jacobson pledged to bring forward a motion to end the “inhumane” use of limiters.

“Life is hard and expensive in our small communities and a lack of heat (is) life-threatening,” he said at the time.


The incident occured Friday at the Jackfish generating facility in Yellowknife

MLA wants to make power limiters illegal in the winter


Jackie Jacobson says the use of power limiters is “inhumane” during the winter months.