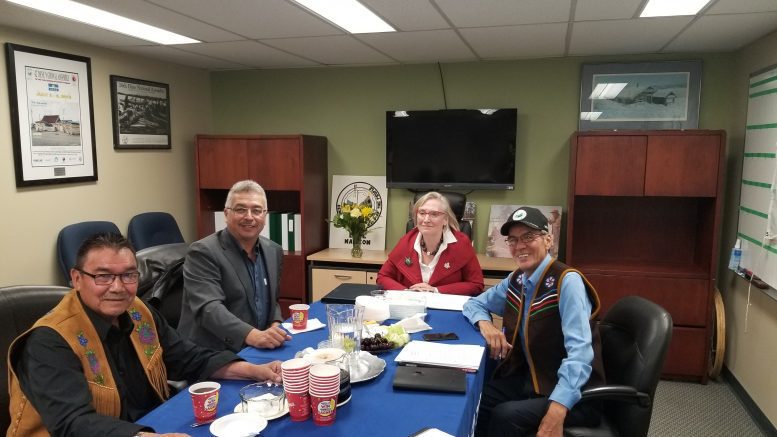 The National Chief of the Dene Nation is echoing the positive sentiments of Assembly of First Nations National Chief Perry Bellegarde after the federal government Wednesday approved a class action settlement with survivors of Indian Day Schools.

Both Norman Yakeleya and Bellegarde say the settlement is an important step towards reconciliation and healing for former students and their families.

Yakeleya says there’s still lots of work to be done because the settlement only covers survivors of Indian Day Schools that were federally run.

He says the Government of the Northwest Territories took over the day schools in the late 1960s and survivors after that may have to sue the territorial government for compensation.

However Yakeleya, who oversees the Indian Day School file for the AFN, says it’s still a day to celebrate and remember those who helped get the settlement done.

“We want to acknowledge the late Garry McLean, one of the lead plaintiffs in the Indian Day School lawsuit who fought tirelessly to ensure former students and their families would receive restitution for the harms done to them,” he said.

Yakeleya, a residential school survivor himself, says there were more than 15 Indian Day Schools in the NWT with thousands of students having gone through them.

He adds the same injustices were done at those schools as at residential schools except that students at day schools were allowed to go home to their families after the end of the school day.

Survivors are to receive between 10 and 200 thousand dollars for their pain and suffering.

As many as 140,000 Indigenous people across the country may be eligible for compensation.

The Feds have set aside some $200 million to cover the settlement.

Information on how to make a claim will be made available in the coming weeks.


A new constitution is in the works for the Dene Nation.