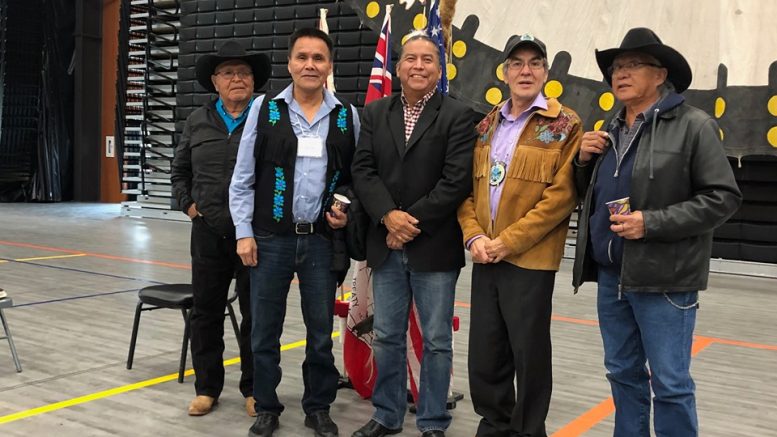 The Dené National Chief says he has returned from a three-day Dené meeting in Alberta with optimism about the future of a cross-border Dené Nation.

Norman Yakeleya is just back in Yellowknife from a historic gathering on the TsuuT’ina First Nation in Calgary.

He says the meeting went a long way towards reuniting Dené people across North America.

More than 600 Dene people from the North as well as across Canada and the southwest United States  travelled to the Assembly.

“This was the fourth meeting of the Dené unification.  For Dené, the number four is sacred.  We have heard about the political, and the social  issues struggles but also the economic wealth we have.  The beating of the drum represents the many heartbeats we have within the Dené Nation, beating as one,” Yakeleya said.  “In spite of all the errors we have to deal with as Dené including the international boundaries of Canada and the U.S. – we have one common theme and that is together we are more powerful to face the issues put in front of us by the U.S. Government, the Canadian Government and even the GNWT.  If the Dené Nation comes together we will be a very powerful force to be reckoned with.”

Many people think of the Dené people as only inhabiting Northern Canada, but this meeting proved that’s simply not the case.

Experts are now suggesting the Dené people stretch across North America, and possibly beyond into South America.

A conference organizer estimates that there are as many as 750,000 Dené in North America.

“Our elders have always told us stories of the Dené and that we had Dené relatives in the south, in the west, in the east, and of course, the Dené in the North,” Yakeleya, national told CTV News while at the meeting.

Scholars have now shown the Dené people encompass not only northern First Nations, but the Apache, and Navajo Nations in the U.S. as well.

Dené scholars suggest that despite their shared ancestry, a division developed over the decades, in part driven by conflicting origin stories.

Participants in the three-day conference said that putting aside the historic differences and forging a new alliance will help the Dené on both sides of the Canada-U.S. Border.

Indeed, Wilson Atena, a Navajo man from Utah who identifies as  Dené was among those in attendance at the gathering.

“I practice my culture in my home and in my community. I see it as high importance because it gives us our identity. It makes it’s different from one and other.  The Dené language itself gives us ties to Northern Dené but also southern Dené.  What separates us is our teachings,” Atena told CKLB’s Mary Rose Blackduck at the meeting.  “Between our Canadian relatives, our Northern relatives and our southern Dené relatives – we all went through almost the same history and the same struggles.  Through all of that we rose, and we are still rising.”

Yakeleya and other Dené leaders say reunification of the splintered Dené nations would protect their land, boost their wealth and ultimately give the Dené people more political clout. 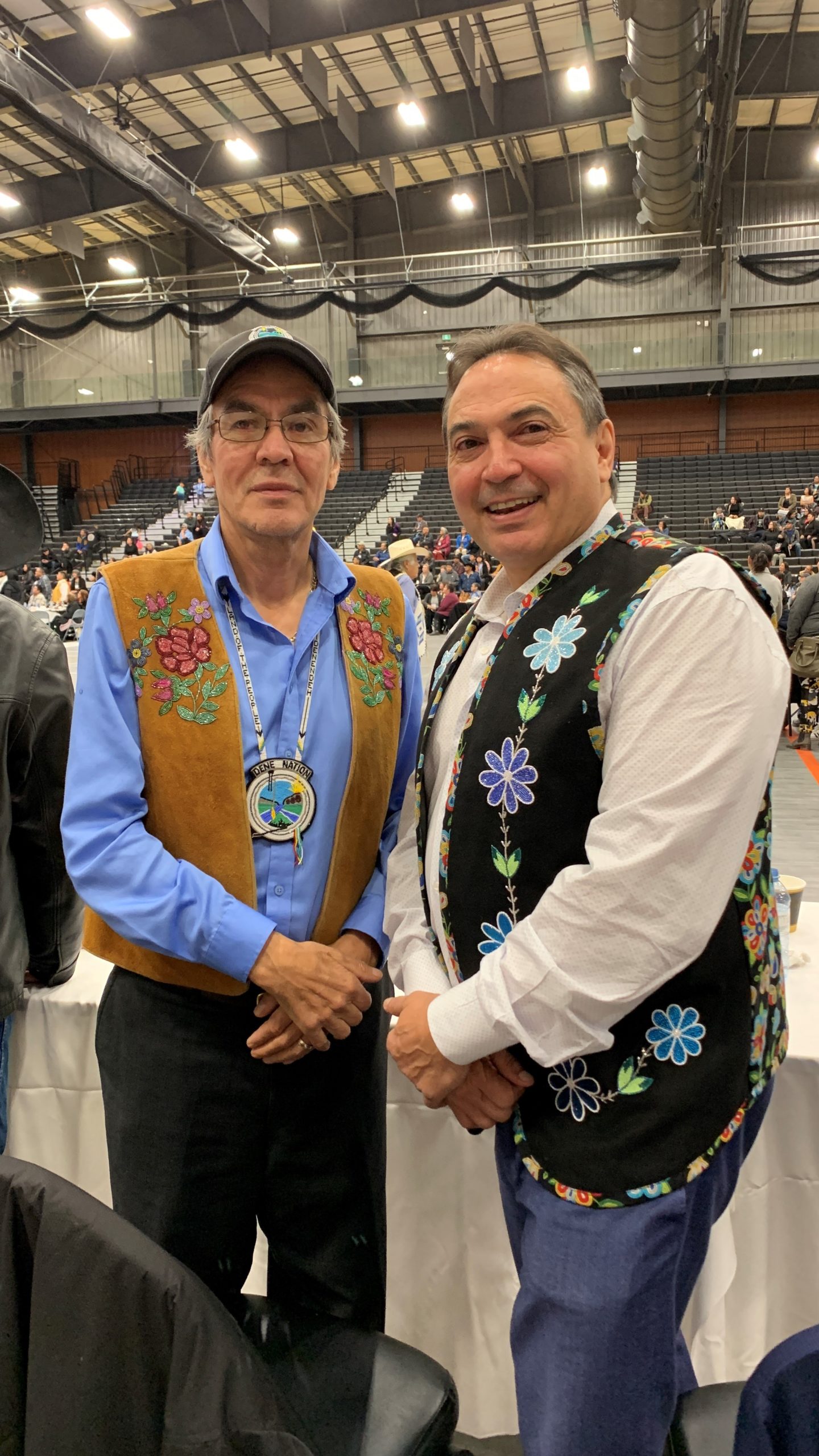 Yakeleya said the protection of fresh, clean water is particularly critical for the Dené as fresh water is very likely to replace oil and gas as the world’s most desired, yet scarcest commodity on the planet in the decades to come.

(With files from Mary Rose Blackduck)


Land-Water-Sky/Ndè-Tı-Yat’a is an ode to everything the creator made, says Catherine Lafferty