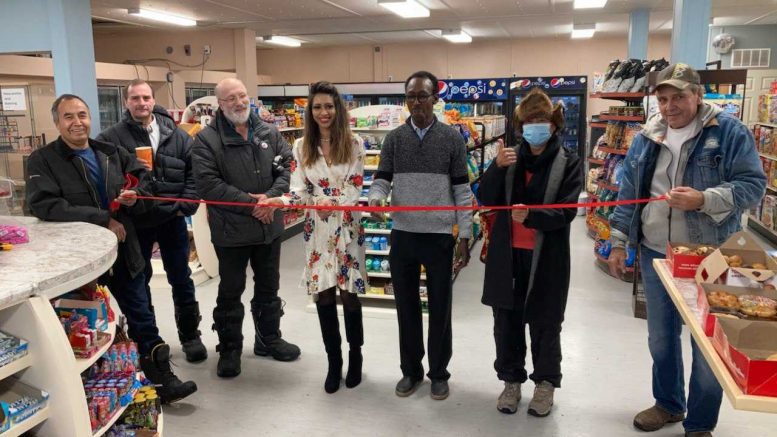 The Unity Store in Fort Simpson officially re-opened at a new location on Monday.

The store moved across the street to a larger space that allowed it to expand to include hardware inventory — the move only took one day, Antoine says.

In a Facebook post, Unity Store invited customers to join for a COVID friendly celebration on Monday.

Antoine said it was a very cozy, informal celebration that included Tim Hortons donuts and coffee.

There was also a ribbon cutting ceremony and door prizes.

Antoine says around half of the community attended the event.

She says the owners, Razz Hassan and Muaz Hassan, are valued members of the community and the store serves an important function.

The store has been in the community since 2010.

Both Hassan’s thanked several individuals and groups, including the Łı́ı́dlı̨́ı̨́ Kų́ę́ First Nation council and Chief Jerry Antoine, the Metis Association, the Dehcho Education Council as well as the customers.

Presumptive COVID-19 case at Ekati reported to be negative