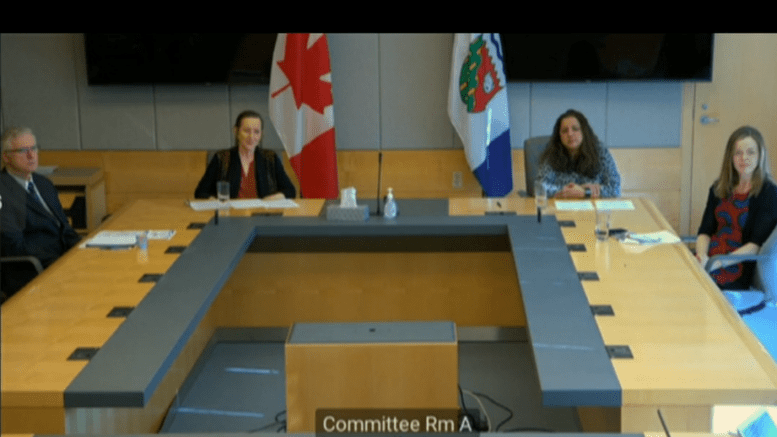 Premier Caroline Cochrane says her own children will not be returning to the territory for Christmas as a result of the pandemic.

Cochrane, whose children attend school in the south, said during a press conference the pandemic has made travel unsafe and her government is recommending against it unless necessary.

One subject discussed was possible changes to who will pay for the self-isolation centres.

She said the public can expect an announcement on that subject in the coming weeks, but no timeline or details were provided.

The COVID-19 Coordinating Secretariat hosted a series of engagement sessions with several Indigenous and community governments as well as business stakeholders between Oct. 28 and Nov. 3.

The GNWT released the What We Heard report earlier this week which found the majority of participants in favour of requiring NWT residents to pay for their own stay at self-isolation centres.

The report had mixed results around whether residents should be able to self-isolate in their home communities instead of one of the hubs — Yellowknife, Inuvik, Hay River or Fort Smith.

The territory also has a new defence against COVID-19, in the form of the COVID Alert app.

The app which has been available in the southern provinces for a number of months provides notifications if the user has potentially been exposed to the virus.

This just in: If you live in the Northwest Territories, you can now use the #COVIDAlert app! It’ll help keep you, your loved ones, and your community safe. So join the 5.5 million others who’ve already downloaded the app and add it to your phone today: https://t.co/qRWzsJkGpD

Cochrane reassured the public that the app is safe and doesn’t violate anyone’s privacy.

“Our right to privacy is something we all hold close,” she said. “And I want to share with residents that the COVID Alert app uses strong measures to protect any data it collects.”

Cochrane adds the app does not track the user’s location, or collect personal information that would be able to identify who the user is.

The Privacy Commissioner of Canada has been closely involved with the development of the app and is supportive of its use by Canadians, she says.

The app is free and voluntary, but Cochrane “strongly urged all residents to download” it if they are able to.

With reports of a possible vaccine coming in the new year, Cochrane says she has had discussions with the federal government on procuring and distributing the vaccine across the territory.

She said all the premiers have agreed the vulnerable populations, including the elderly and immunocompromised, will be prioritized for vaccinations.

Health care providers will receive vaccinations next, and after that the general population.

When asked about challenges of vaccine distribution, Dr. Kandola says the territory has been faced with this challenge before and pulled it off.

Dr. Kandola was the CPHO during the 2009 H1N1 pandemic and helped with the distribution of that vaccine.

“We had rolled out the H1N1 vaccine in a short period of time and had one of the second highest rates of vaccination,” she explained.

Cochrane and Dr. Kandola will be hosting biweekly COVID briefings going forward. These are replacing the previous press conferences held by Dr. Kandola.

Cochrane will also be participating in a public briefing held by the standing Committee on Accountability and Oversight on the COVID-19 pandemic on Dec. 1.

Canadians can now apply for the Canada Emergency Response Benefit