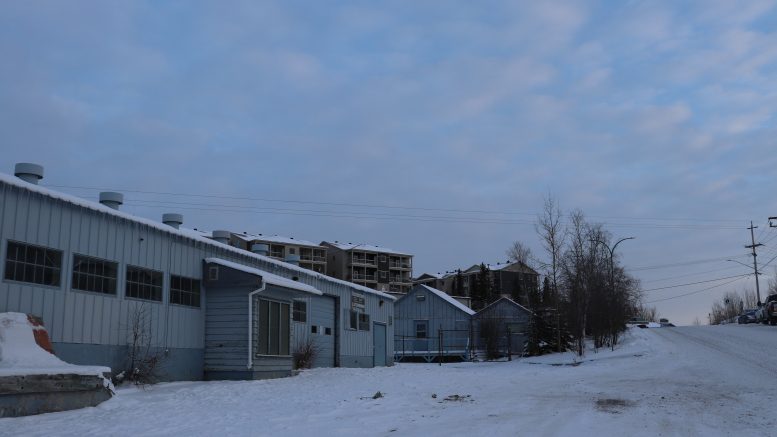 Pictured is one of the proposed location for a temporary day shelter. The location has been criticized by several community members for being too close to a high school. (Photo by Luke Carroll)

The chief public health officer has ruled out using pandemic powers to open a temporary day shelter in Yellowknife.

Under the Public Health Act, Dr. Kami Kandola, the chief public health officer, has the authority to take over a building to be used for public health-related matters.

However, Dr. Kandola said in a press conference, the opening of a temporary day shelter isn’t within her jurisdiction.

“CPHO powers are not to do with social programs, it’s very specific to dealing with the pandemic,” she said. 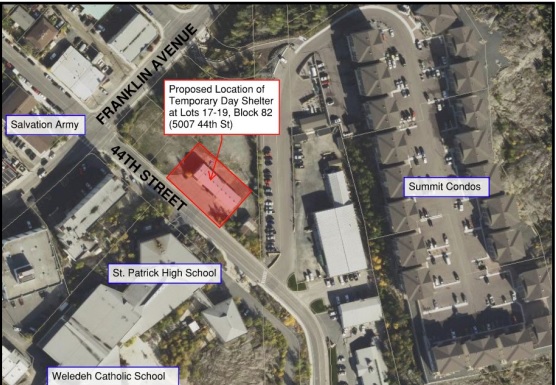 An aerial view of the location for a proposed temporary day shelter. (Photo from Yellowknife city council governance documents.)

She said those powers would be appropriate in a situation where the hospital was overrun and a building was needed to deal with sick patients.

Nick Sowsun is an organizer behind the Facebook group Concerned Yellowknife Residents for a Day Shelter Downtown.

He told CKLB Radio that shelter restrictions are caused by COVID, making it the CPHO’s responsibility.

“It’s a COVID situation, if it weren’t for the reduced capacity at the day shelter we wouldn’t be in this situation, it’s all about COVID,” he said. “In my opinion it’s right within the chief public health officer’s authority… It’s her responsibility.”

At a city council meeting, Mayor Rebecca Alty raised the prospect of involving the CPHO in the shelter discussion.

When Dr. Kandola was pressed on this issue during a conference call with reporters, her spokesperson, Mike Westwick, said questions regarding the day shelter should be directed to the Department of Health and Social Services.

The situation around the day shelter gets more dire every day as temperatures continue to drop.

“We need a location, and we needed a location a month ago,” said Sara Chorostkowski, director of mental health wellness with the GNWT, in a presentation to city council on Monday. 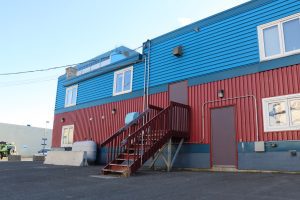 The drama around it has been ongoing since August when the city rejected the GNWT’s bid to turn the former SideDoor building, at 50th Street and 49th Avenue, into a temporary day shelter.

Since the rejection, the GNWT has provided several other options including on Monday when Chorostkowski presented an unused building at 5007 44th Ave.

The location is ready to be open almost immediately according to the GNWT, which Sowsun said is ideal.

“At this point we just need the quickest possible solution,” he said.

However, many people objected the location because of its proximity to École St. Patrick High School and Weledeh Catholic School.

City bylaws allow anyone affected by a city council zoning decision to make an appeal, which could delay the opening of the shelter at this location.

Alty said it is very likely someone will appeal and it only takes one appeal to delay the shelter by several months.

As a result several members of council, including Alty, said the fastest option — other than involving the CPHO — would likely be to build a temporary structure on city-owned land.

There is no risk of appeal this type of structure and city council already approved the use of federal funding for this task.

However, Chorostkowski had several concerns on the plan to build a structure, including the timeline and location.

Both the GNWT and advocates agree the shelter needs to be downtown which might not be possible with a new structure.

However, city council, the GNWT and advocates are in agreement a day shelter is needed sooner rather than later.

Sowsun said he has had conversations with the homeless population who have told them they have been turned away from the current day shelter.

“The places where the street-involved population can go, they’re limited, they’re disappearing,” he said. “I’m very concerned that we’re going to wake up one morning and we’re going to find someone has died from the cold.”

City council will vote on a location for the temporary shelter next week.