Emily Esau, a homeless Indigenous woman spoke to the city council about the need for a temporary shelter this winter. (Screen capture taken from the City of Yellowknife video presentation.)

A group of concerned Yellowknife residents delivered a passionate presentation to city council on the need for a temporary day shelter this winter.

Emily Esau, an Indigenous woman who is currently living in a shelter, started the presentation by talking about the need for facilities to help people like her get off the streets.

“I’m sorry, I’m not trying to use my tears to manipulate your decision, but this is very personal to me,” Esau struggled to say.

The situation stems from restrictions to the number of people able to use the current homeless shelter as a result of the COVID-19 pandemic.

And now a colourful building in downtown Yellowknife has become the center of a controversy involving two levels of government, the small business economy and reconciliation. 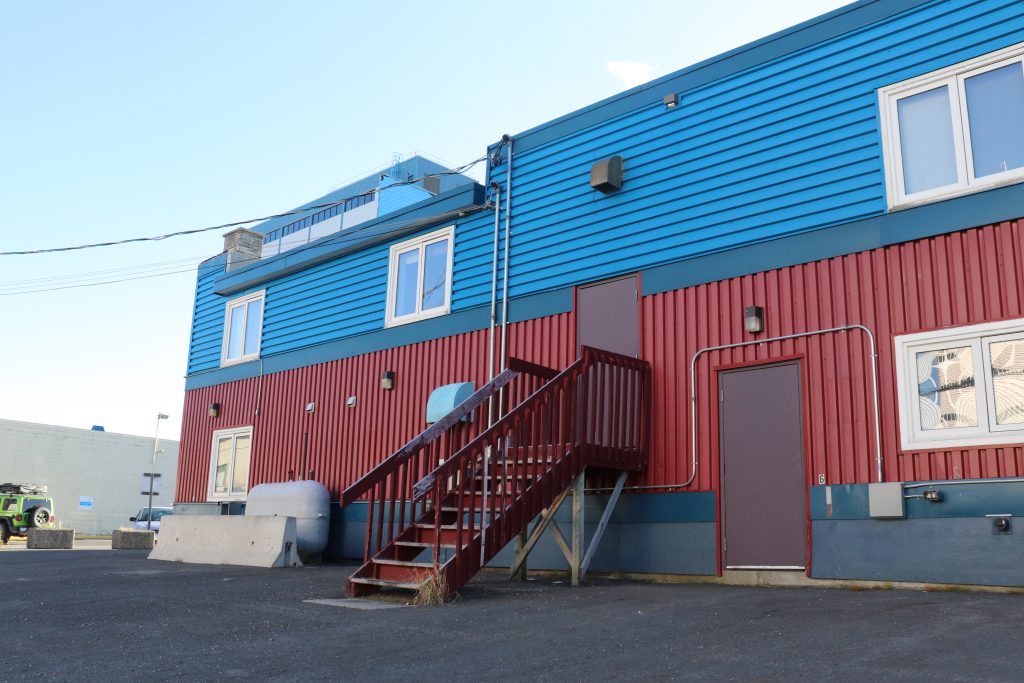 It all started in August when the Government of the Northwest Territories proposed the former SideDoor building, at 50th Street and 49th Avenue, to be used as a temporary homeless shelter.

The building is owned by the City of Yellowknife and required city council’s approval.

Numerous business owners in the area opposed the proposal and brought their complaints to city councillors.

“Three different day shelter / sobering shelter locations have demonstrated that these services cannot be located near businesses or privately-owned buildings without negatively impacting them,” the Yellowknife Chamber of Commerce wrote in a press release in August.

Niels Konge, a Yellowknife city councillor, was one of the people opposed to turning the building into a temporary shelter.

“I am certainly not going to support having another shelter on the same street, two blocks up from the current shelter,” he says, “because the businesses that are in the direct vicinity of the current shelter have reached out to me… And given me some pretty detailed lists of the goings on in that neighbourhood.”

Last week a group of concerned Yellowknife residents issued a letter to city council expressing disappointment in its decision — over 100 people have now signed.

The group says city council didn’t consult those in need of shelter when the proposal was discussed.

“The city rejected the GNWT’s proposal to use the SideDoor building as a day shelter and that’s putting street involved population at serious risk of dying this winter,” says Nick Sowsun, a lawyer and one of the organizers of the letter.

So late Monday evening, the group took opportunity to share their presentation with city council on the need for a shelter.

CKLB Radio · Winter homelessness in the age of COVID

It began with Esau giving her heartfelt story and talking about the necessity of a shelter for the winter.

She spoke of the intergenerational trauma she has faced as an Indigenous woman, mentioning several members of her family are survivors of residential schools.

“That was probably one of the most heartfelt — heart tugging presentations that we’ve ever had at council in my eight years of being here,” Konge said.

However, Konge said in an earlier interview with the CKLB the letter the group issued, simplified the subject by alleging the city needs to work with the GNWT.

Damien Healy, a spokesperson for Health and Social Services said in an email, the GNWT is continuing to work with the city to find a location.

He adds, “we are encouraged by the social media outreach and glad that residents have the same position as the GNWT, that our most vulnerable residents require support.”

Mayor Rebecca Alty says she wants to reassure the public that the city still has a good working relationship with the territorial government.

“I know there’s concerns from residents that perhaps were not working together, because you don’t see those meetings publicly. But city staff and GNWT staff continue to work together to find some options,” she explains.

Going forward Alty says the city is committed to finding a different location for the shelter and that the public will be notified when one is found.