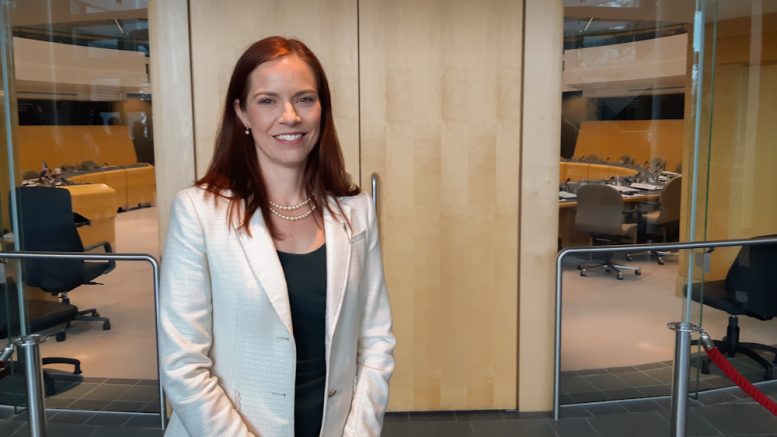 The NWT’s finance minister, Caroline Wawzonek, says there’s still no timeline for when residents will be able to have cell coverage when travelling Highway 3 between Yellowknife and Behchokǫ̀.

Last Friday, Wawzonek said an initial estimate to get coverage in the area would cost $10 million.

The costing estimate came after several Tłı̨chǫ leaders, including Monfwi MLA Jackson Lafferty, raised the issue in June. At the time, Behchokǫ̀ Chief Clifford Daniels called the lack of coverage an “embarrassing”.

Since then, Wawzonek said her department met with NorthwesTel to determine the cost of full or partial coverage on that section of highway. Now the department is debating whether to ask for federal funding.

“It needs to be an urgent matter; we need to take actions today,” said Lafferty when questioning the minister again. He later added, “When are we going to get serious about the safety issue of Highway No. 3 travellers?”

Wawzonek said the department was assessing the feasibility of the project and determining a final cost. She added that her department may look into potential partners like Indigenous governments, but didn’t give any details about what a partnership may look like.


The work plan "isn't the most exciting document", but it's a start, says Caroline Wawzonek, minister responsible for the status of women.