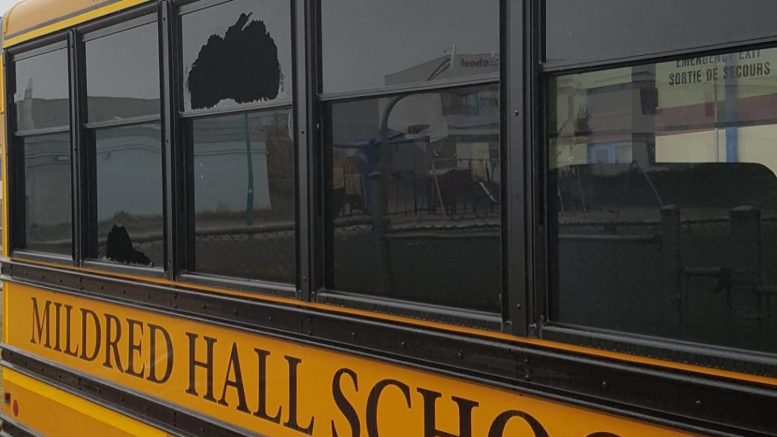 The school bus reported to be vandalized. (Courtesy of Mildred Hall School)

“We are disappointed and frustrated,” says Elizabeth Brace, principal for Mildred Hall School.

This is the second time since Nov. of last year that the Mildred Hall School bus was damaged. 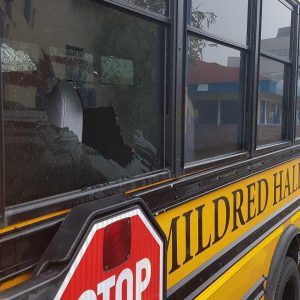 The bus windows were destroyed with three smashed in and others with small chips.

The bus was a recreational day bus used to transport students to field trips around the community.

“We did take the precaution of moving it,” says Brace, after it was vandalized the first time.

“We don’t know what to do to prevent it,” she adds.

The windows will take up to three weeks to complete and until then students will be unable to attend or participate in any outdoor trips.

“Students are once again disappointed as the bus will now be out of action for a while,” as stated in a Facebook post.

“We didn’t bother with a police report this time,” says Brace.

“Seeing as nothing could be done,” the first time around, she adds.

Brace says she is in talks with members of the board to figure out what the next course of action is to protect school property from this happening a third time.