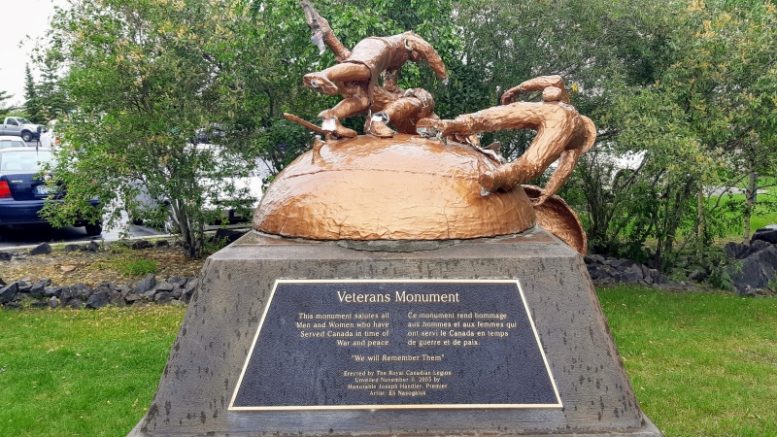 Updated July 5, 5 p.m.: The monument has been removed.

The bronze-coloured soldiers and angel appear to be falling from their pedestal. Broken shards of the monument lay in the grass nearby.

The monument certainly looks as though it was deliberately broken.

CKLB asked Yellowknife RCMP if it had received any information about the incident.

“We don’t have a specific timeframe as we are investigating,” wrote Plourde in an email. “It most likely happened sometime in the afternoon of Thursday, July 4.”

She added that anyone with helpful information can contact Yellowknife RCMP at 669-1111. 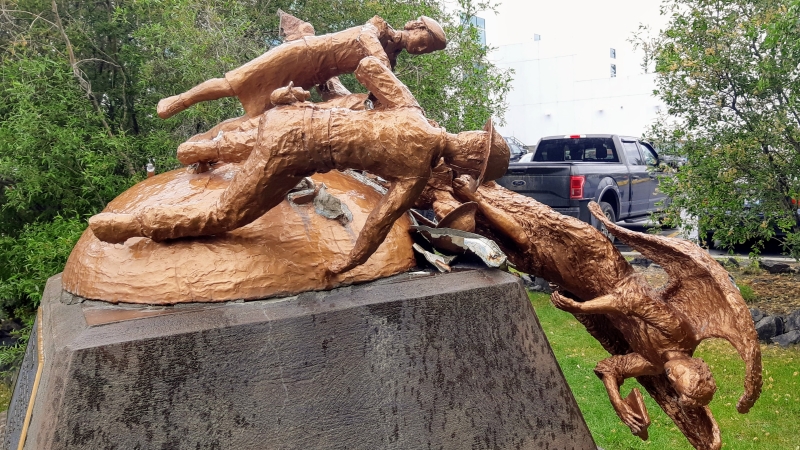