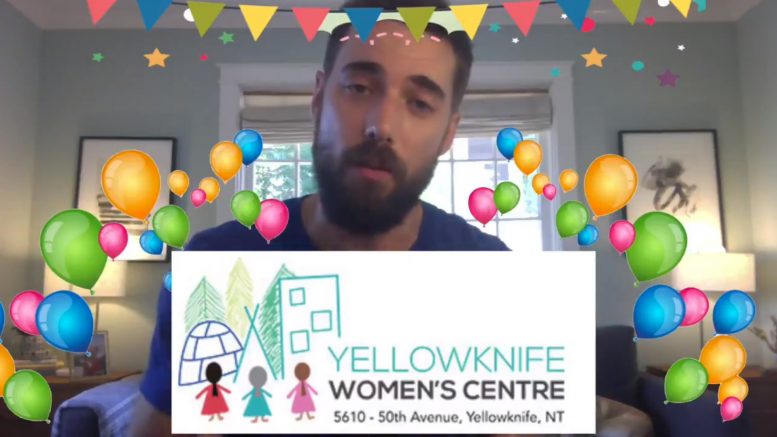 “It’s my birthday, so give me some money,” he joked by video over twitter.

Milligan added viewers could “thaw that dark cold icicle of a heart” by donating to the Yellowknife Women’s Centre, the Rainbow Coalition of Yellowknife and the Arctic Indigenous Wellness Foundation.

my only hbd wish — please watch this then click the link!https://t.co/DtPI6ZjdHx pic.twitter.com/ZGvWfzrSd8

He also requested for donations to the Nina West Foundation, an american charity that supports LGBTQ organizations.

Milligan, who grew up in Yellowknife, is best know for his role as Ted Mullens on the Emmy nominated CBC show Schitt’s Creek.