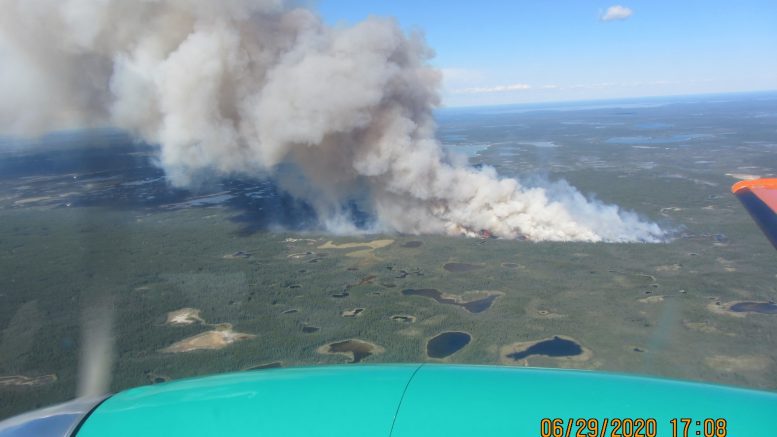 A two-day wildfire safety workshop will be hosted by the City of Yellowknife and the Yellowknives Dene First Nation (YKDFN).

The event will run from Thursday, July 30th till Friday, July 31st at the Chief Drygeese Centre in Dettah.

The workshop will focus on “protecting communities and their structures in the event of an advancing wildfire”, as stated in a press release.

This event is not open to the public and is only for the City of Yellowknife, Yellowknives Dene First Nation’s community staff.

In a joint effort, the City of Yellowknife and YKDFN will set up a protective barrier that will slow down the advance of an aggressive wildfire – with the use of a sprinkler system.

Details pertaining to the sprinkler system will be discussed at the workshop.

The Federal Government’s Climate Change Preparedness in the North Program (CCPNP) financially supports this initiative by giving northern communities, as stated in a press release, the ability “to adapt to climate change impacts and reduce risks.”

The mayor’s spokesperson says YKDFN and the City was awarded a grant of $176,000 over two years to support a wildfire mitigation program between the two communities.

Chief Edward Sangris and Mayor Rebecca Alty will also be in attendance to address course participants on Friday.

CKLB radio has reached out the Chief Sangris and Mayor Alty for their thoughts on why this fire safety initiative is important to the community.