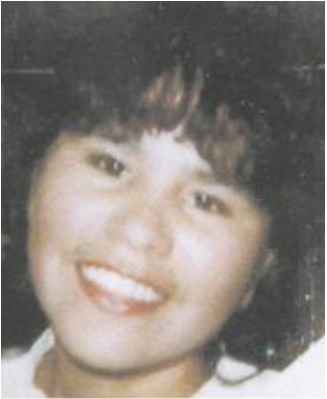 Charlene Catholique has officially been missing for 30 years, but continues to be at the center of a police investigation.

On July 22, 1990, 15-year-old Catholique was last seen walking on Highway 3, near Behchokǫ̀, toward Yellowknife, looking for a ride.

Catholique, originally from Łutselk’e, has been featured on Canada’s Missing Children website and on an RCMP Youtube video.

The RCMP announced in a press release the historical case unit continues to review files, hoping for a breakthrough.

“We are actively investigating Charlene’s disappearance. Any tips from the public could potentially help us shed some light as to what happened 30 years ago and bring closure to her family,” says Cpl. Mike Lewis.

In an email, Julie Plourde, spokesperson for the RCMP, says police in the historical case unit review each file, as well as investigative leads and information to determine any steps which could advance the file towards resolution.

“Police understand the loss of a loved one and the importance of these investigations and cases for families relative to NWT,” she says.

It isn’t just the police in search for answers, as Lorraine Catholique, Charlene’s aunt, asks anyone with information to come forward.

“I have seen the size of the file, and it is not a simple task to investigate and try to resolve Charlene’s disappearance,” says Lorraine Catholique, in the release. “Anyone with information, please come forward.”

The historical case unit has been operational since June 2019 as part of the major crimes unit. Its mandate involves maintaining and investigating historical homicides and suspicious deaths, as well as long-term missing person’s files in the NWT.

As of July 22, the Historical Case Unit is investigating 63 open missing person cases across the NWT.