The advisory was put in place due to a higher than normal amount of turbidity — muddy water — as a result of the spring break-up, a press release says.

There has been no illness reported in the communities connected to the drinking water, the release adds.

The boil water advisory was first implemented in mid-May and lifted in mid-June.

Three days after being lifted — the boil water advisory was re-implemented for the same reasons.

However, in recent monitoring the Town of Hay River and the chief environmental health officer found the turbidity dropped to acceptable levels in treated water from the water plant.

Normal use of drinking water may resume, the release finishes. 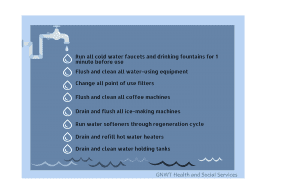